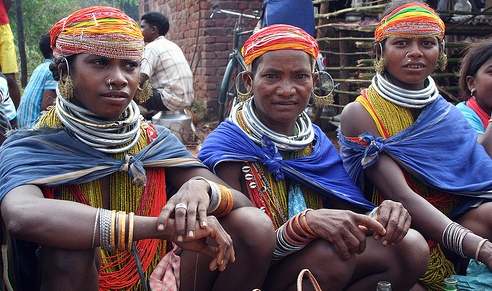 Bhubaneswar: As many as 45 members of the Particularly Vulnerable Tribal Group (PVTG) in Odisha have been infected with COVID-19 in the last three days.

Official sources said 21 members of the PVTG had contracted COVID-19 till May 14 whereas 24 more (10 members of Bonda and 14 of Dongria Kondh community) were found positive for the virus on Sunday.

A total of 19 Dongria Kondh tribals of four villages– Phakeri, Buduni, Tebapada and Nirgundi– including Parsali Sarpanch contracted the virus till Sunday. The primitive tribals live in Niyamgiri Hills on the border of Rayagada and Koraput districts.

Over 3,000 Dongrias live in 36 villages under Kalyansinghpur block of Rayagada district.  They sell their produces in daily vegetable markets (haat) to eke out a living which is suspected to have caused the transmission of the virus.

In Malkangiri district, 12 members of the Bonda tribe have so far tested positive for COVID-19 in the second wave of the pandemic.  Of the 12, eight belong to Andrahal Panchayat and remaining four are from Mudulipada Panchayat. Some of them have already recovered while others are under isolation. The virus had not spread in the community in the first wave of the pandemic.

The areas have been declared as containment zone and health condition of the infectees are being monitored by Rapid Response Team, said an official.

Many people of the tribal community depend on the nearby market at Anakadil in Andhra Pradesh . It is suspected that they got infected from there.

Bonda is one of the ancient tribes of the state and the community is divided into two groups, the Lower Bonda and the Upper Bonda. While Lower Bondas live on the foothills of Bonda hills, the Upper ones, mostly untouched by the modern civilization, live in the hill range in Khairaput block of Malkangiri district.
Meanwhile, Lok Sabha member Saptagiri Ulaka has urged Chief Minister Naveen Patnaik to vaccinate people of Rayagada and Koraput districts aged between 18 and 44 years on priority basis.

Man stabbed to death over banana theft in Odisha’s…