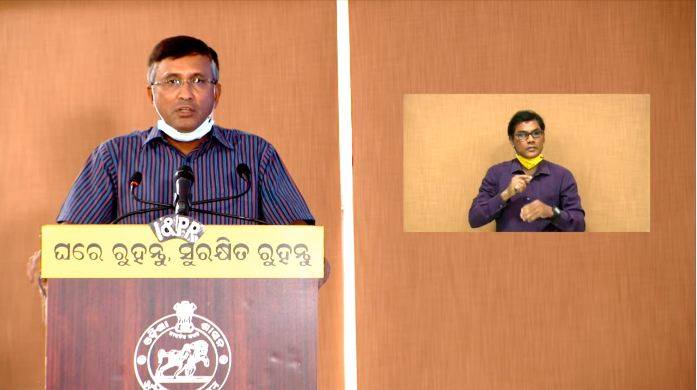 Bhubaneswar: The Odisha government on Monday allowed private and official vehicles to ply within the state, but no decision was taken on the intra-state movement of passenger buses, a top official said.

The vehicles can operate but strict social distancing has to be maintained by the passengers, Chief Secretary A K Tripathy said while announcing the state government”s modalities for the fourth phase of the lockdown.

Hotels and restaurants may serve take-away food from their counters but customers will not be allowed to sit and have food, the chief secretary said.

A nationwide lockdown announced by Prime Minister Narendra Modi to contain the spread of coronavirus came into effect on March 25 for 21 days. It was then extended till May 3 and again till May 17. The fourth phase of the lockdown will continue till May 31.

All schools, colleges, coaching institutes, cinema halls and malls will remain closed till May 31, but sportspersons and club members can visit stadiums.

However, spectators will not be allowed inside the stadiums, Tripathy said.

“All social, political, academic, religious congregations will remain suspended during the lockdown period,” he added.

Since the Union Ministry of Home Affairs has allowed the states to identify areas under “red”, “orange” and “green” zones, the Odisha government has bestowed this authority to the district collectors and commissioners of municipal corporations.

The panchayats, instead of districts, will now be the administrative units of the “red”, “orange” and “green” zones as community participation has been very beneficial for the state in containing the spread of the disease, Tripathy said.

Apart from containing the disease, lockdown 4.0 will give a boost to the state’s economy, he said.

“As per our chief minister’s request to the prime minister, the Centre has given some flexibility to reboot the engine of the economy,” the chief secretary said.

Odisha has not stopped any industry owing to the lockdown, rather allowed them to operate by maintaining certain norms, he added.

Agricultural activities are going on in full swing and will continue in this phase too, Tripathy said.

The state government has set up more than 15,000 temporary medical centres to lodge the returnees from other COVID-19 affected states and all these places will be declared as containment zones since most of the new coronavirus cases are being reported from such quarantine centres, he added.

Besides this, the corona-care centres (where suspected patients are lodged before confirmation) and 35 COVID hospitals will also be declared as containment zones, the chief secretary said.

Max 200 examiners will be allowed at each evaluation centre: BSE