The Railway department has also announced compensation of Rs 5 lakh each for the families of the deceased, Rs 1 lakh for critically injured passengers and Rs 25,000 for those with minor injuries. 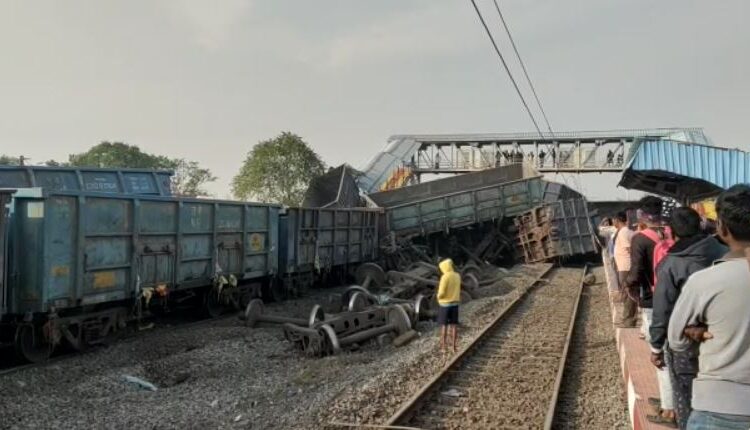 Bhubaneswar: Following the tragic death of at least two passengers after a goods train derailed at Korei railway station in Odisha’s Jajpur district, Chief Minister Naveen Patnaik expressed deep grief at the loss of lives and announced ex-gratia of Rs 2 lakh each to the next of the kin of the victims while conveying his deep sympathy to the bereaved families.

The CM also directed the district administration to expedite rescue operation and provide adequate treatment for the injured persons while asking Revenue and Disaster Management Minister Pramilla Mallick to visit the spot and take stock of the situation.

Union Minister Dharmendra Pradhan also took to micro-blogging platform Twitter to express his grief at the mishap. “I am deeply shocked and saddened at the loss of precious lives in the Jajpur train mishap. I extend my heartfelt sympathies to the bereaved families,” he tweeted.

Meanwhile, the Railway department has also announced compensation of Rs 5 lakh each for the families of the deceased, Rs 1 lakh for critically injured passengers and Rs 25,000 for those with minor injuries.

On Monday, eight wagons of a goods train derailed while some of them rammed into a waiting hall at Korei railway station in the State’s Jajpur district, killing at least two persons and injuring many.

The freight train was heading towards Chhatrapur from Dongoaposi when it derailed at around 6.44 am. The wagons crashed into the waiting hall killing the victims who were present inside the building.

It is being suspected that several persons are trapped under the derailed wagons while efforts were on by Fire Services personnel to rescue them.

Sources said the accident claimed lives of four persons of a family– two men, a woman and a child. They were waiting for the Balasore-Bhubaneswar train. However, the officials were yet to confirm about the deaths.