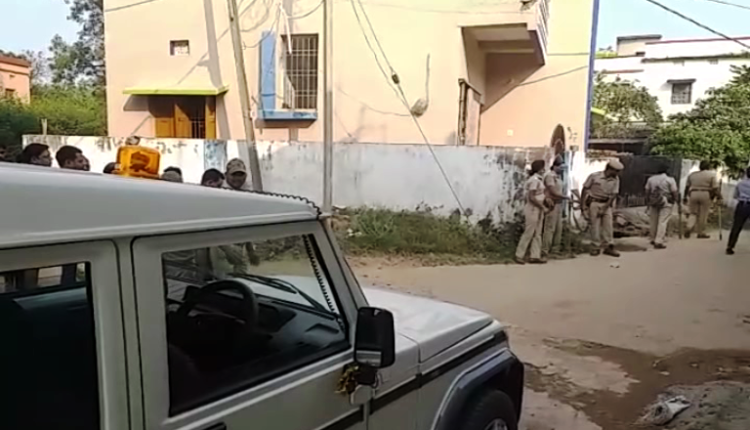 Rourkela: The son of a police personnel looted about Rs 15 lakh cash from a private bank at gunpoint at Hospital Road under Sundargarh police limits in broad daylight today.

The accused identified as Jaydev Nayak also opened fire at police forces near Sankara in a bid to evade detention that later led to an exchange of fire between both sides.

Sources said Jaydev is the son of an ASI posted at Sundargarh Sadar police station. After looting the cash from an Axis Bank at gunpoint, the armed miscreant threatened a passerby and took away his motorcycle while trying to escape. Later, he opened two rounds of fire at policemen from his father’s service gun. In retaliation, the cops fired four rounds leaving him injured.

He was later admitted to the District Headquarters Hospital (DHH) for treatment. Meanwhile, the cops seized the gun and the stolen cash from his possession.

Bank Manager Lankeswar Maharana said, “He entered the bank at around 2.20 pm and threatened the Bank Teller with a gun asking him to handover all the cash from the counter. Later, he decamped with lakhs of rupees.”

No ‘Baliyatra’ in Cuttack city this year as well