Bhubaneswar: The ‘career and counseling cell’, which was set up in each Degree College in Odisha in 2018 to facilitate placements for the students, will be shut.

In a letter to the Principals of the Degree Colleges, the Higher Education Department stated after a review the government has decided to discontinue the functioning of the ‘career and counseling cell’.

The department further said the decision has been taken as the cell failed to achieve the objectives.

The letter also directed the Principals to refund the unspent amount lying with the colleges and the accrued interest till date to the Higher Education Department by February 28, 2021.

A total of 52 colleges were allocated funds by the State government to set up the ‘career and counseling cell’.

Here’s the list of colleges where the cell has been discontinued: 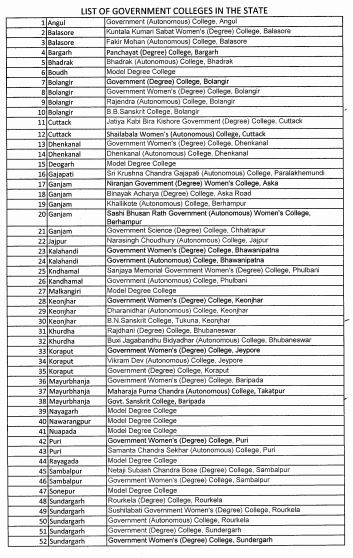