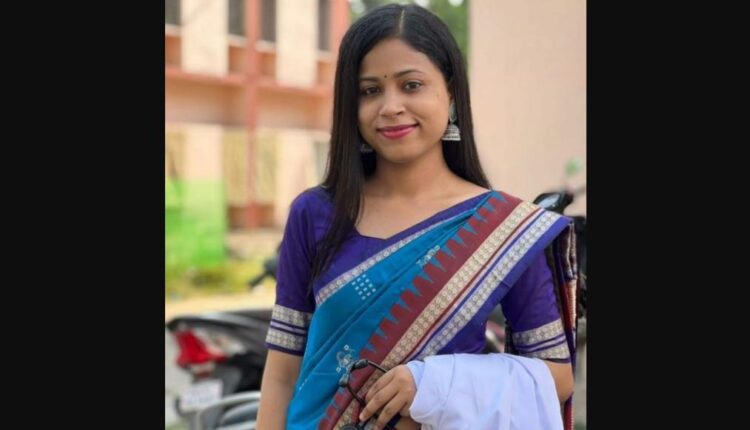 Joda: In a significant development in the case of death of 25-year-old doctor Subhashree Kar here in Odisha’s Keonjhar district, the post-mortem report has indicated that she might have died due to poisoning.

The precise cause of death can be known after submission of forensic lab report, said Chief District Medical Officer (CDMO) Kishore Chandra Prusty.

A seized poison bottle will be sent to the State Forensic Science Laboratory in Bhubaneswar, the district health department sources said.

Subhashree, who hailed from Cuttack and was working as Medical Officer, Urban PHC, Baneikala here, was found dead inside her house in Baneikala on January 1.

Subhashree had reportedly returned to her room after celebrating New Year along with some of her friends. Her domestic help and neighbours informed the police as she did not open the door for quite a long time despite repeated knocks on the door.

As police broke open the door, she was found lying dead on a bed.

Worth mentioning, filing a complaint with the Joda police on 20 December 2022, she had accused a man namely Dibyaranjan Majhi of having physical relation with her on the promise of marriage.

Subhashree mentioned in the complaint that she came in contact with Dibyaranjan, six years ago. He established physical intimacy with her at her residence here on September 18 and October 10 of last year on the pretext of marrying her, she said in the complaint.

Later, when she asked him to marry her, he allegedly refused to do so.

Dibyaranjan has not been brought under the purview of the investigation of the death case.