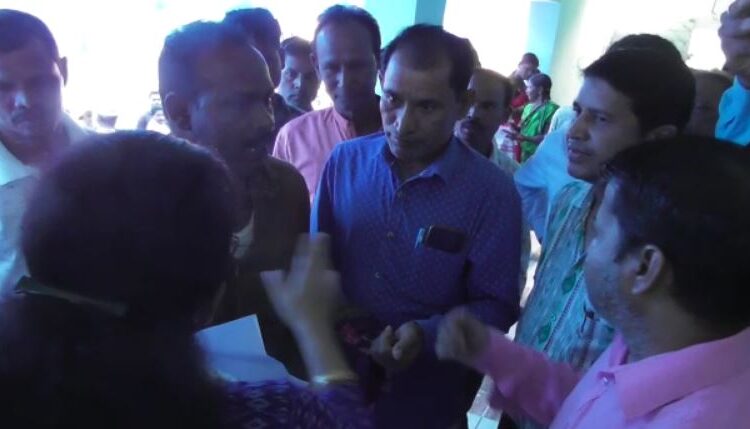 Balangir: A farmer today wrote to Balangir Collector seeking permission from the official for cultivating ganja on his farmland.

Nilambar Biswal, a resident of Bhaludunguri in Khaprakhol area of the district, took the unusual step alleging that he didn’t get token for selling required amount of paddy at mandi.

Biswal had cultivated paddy on 15 acres of his farmland during Kharif 2022-23. He had registered himself in the local cooperative society for selling paddy at mandi.

The farmer received token for selling 78 quintals of paddy while his nephew got the same for 54 quintals of paddy. He alleged that the cooperative society intentionally didn’t register around half of area of his cultivated farmland for the purpose of paddy selling, as a result of which the permitted quantity of paddy in the token was inadequate for him.

As he drew the attention of the local Tahasildar in this regard, a Revenue officer was sent to inspect the cultivated patch of farmland and submit a report. However, the report hasn’t been submitted, the farmer said in the letter.

While Biswal’s paddy has been lying at the mandi since January 2, it was yet to be procured, he said.

He further mentioned in the letter that if his paddy is not procured by January 20, he would spill the crop in front of the Tahasildar’s office and never pay land revenue.

Mentioning that his financial condition has deteriorated due to non-selling of his paddy, the farmer sought permission for cultivating ganja to run his family.

He also warned of immolating himself in front of the Collector’s office in the case of non-fulfillment of his demands.