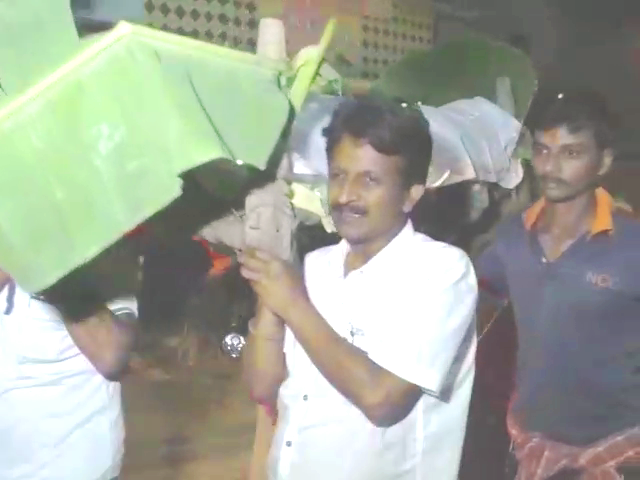 Bargarh: In an exemplary show of humanity, Labour Minister Sushant Singh lent his shoulder to carry the dead body of an elderly Dalit woman at Sahutikira village under Sohela block in Bargarh district last night.

Sources said the septuagenarian woman identified as Mati Bhue, a destitute, of Sahutikira village died last night. However, locals did not come to conduct her last rites. The villagers were even reluctant to touch the woman even after hours of her death.

After getting information, the Minister reached the spot and carried the body on a cot to a cremation ground with the help of his supporters and a few volunteers. He later conducted the last nites of the woman with dignity.

Meanwhile, appreciation has poured in from all quarters for the initiative of Minister Majhi.

Earlier in August, BJD’s Rengali MLA Ramesh Patua had shouldered the body of an elderly beggar woman to a cremation ground at Amnapali under Kolabira block in Jharsuguda district and conducted the funeral.