One more jumbo dies in Odisha 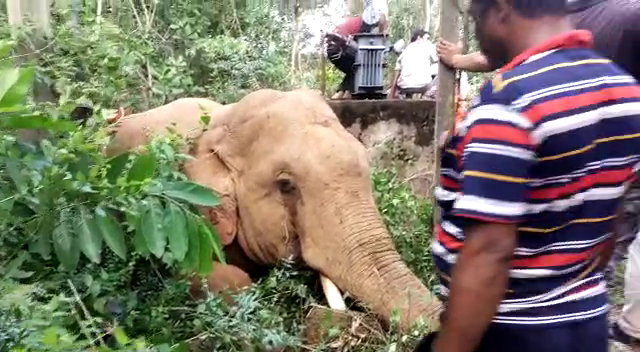 Khordha: Amid reports of rise in elephant deaths in Odisha, a tusker was electrocuted to death after coming in contact with a transformer at Golabai near Jankia in Khordha district late last night.

Reports said two elephants were crossing National Highway 16 at Golabai late last night. The mishap took place when one of the elephants came in contact with an electric transformer, installed for a fabrication unit and died on the spot.

On receiving information, Forest officials along with police reached the spot to take stock. Later, the carcass was recovered with the help of a JCB machine.