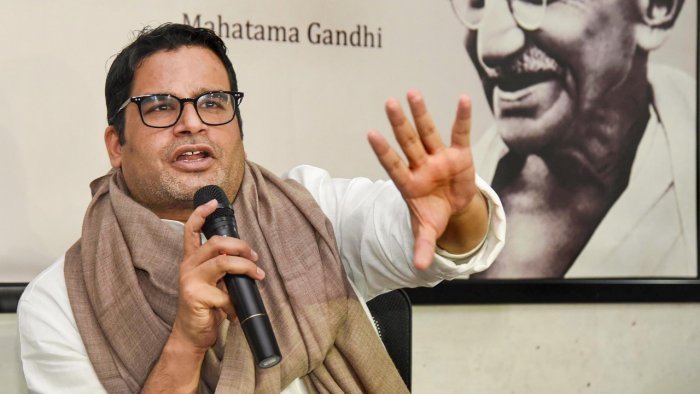 After rejecting the Congress offer to join the party, Kishor on Monday had announced to start ‘Jan Suraaj’ from Bihar. However, he has not disclosed the actual strategy that he wants to execute in his native state.

Kishor during an earlier tweet had hinted about going to the ‘real political masters’ which means the people of Bihar.

The top leaders of nearly all parties have chosen not to react much on him and do not want to give any importance to him.

Bihar Chief Minister Nitish Kumar said he has nothing to do with Kishor.

RJD leader and Leader of Opposition, Tejashwi Yadav said he does not follow news about the political strategist.

Even though these leaders also know the strengths of Prashant Kishor, they are at the moment trying to downplay him.

The BJP leaders are well aware of what Kishor had done for them in 2014 Lok Sabha elections. The Janata Dal (united) and the RJD also experienced his political skills during the 2015 Assembly elections when the Mahagathbandhan (Opposition Grand Alliance) defeated the saffron party.

Kishor was successful in West Bengal, Telangana and Delhi as well.

Hence, every party in Bihar is eagerly waiting for the future plans of Prashant Kishor.