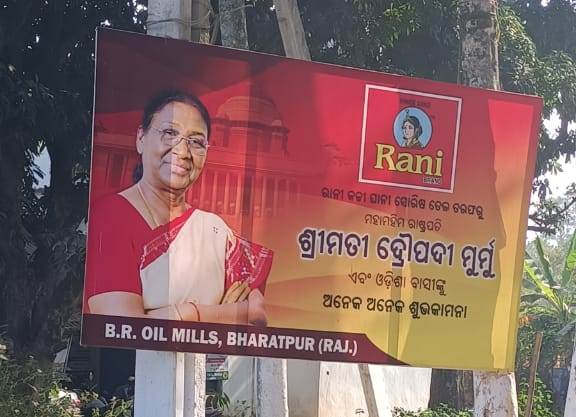 A woman lawyer has filed a case in this regard with the police demanding action against the firm.

The advertisement hoardings of the edible oil company have been installed at several places of the town and nearby villages.

It came to the notice of lawyer Jharana Prusty, who has sought legal action against the company.

“The hoardings having photo of the President are objectionable and defamatory. Action should be taken against the company and its distributors,” she said.

The lawyer asked as to who gave the company the permission to use the photo of the President in its advertisement and how the Karanjia NAC authorities allowed the installing of such hoardings.