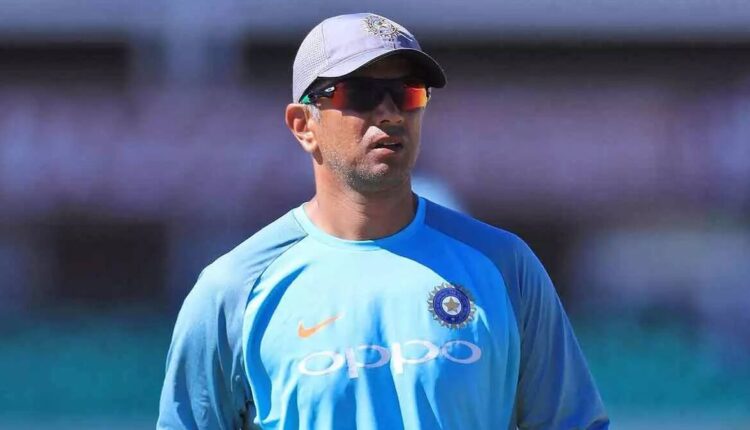 New Delhi: Former Indian cricketer Rahul Dravid has agreed to coach the national side after the ICC T20 World Cup but there are a couple of issues which he wants to be sorted out before joining, said a BCCI official.

Earlier, there were reports that Dravid would be the interim coach for the upcoming home series against New Zealand.

However, the BCCI official has now confirmed that “Rahul has agreed to coach the Indian team till 2023 World Cup”.

The official told IANS that BCCI chief Sourav Ganguly and secretary Jay Shah had a meeting with Dravid on the side-lines of the IPL final on Friday evening and they managed to convince him.

“There are a couple of issues which Dravid wants to settle with the BCCI and hopefully that will be done,” he added.

Asked what are the “issues”, the official said, “Like, Dravid wants to have new support staff… changing the entire old one. And a couple of other things. I am sure everything will be sorted out. Because BCCI wants Dravid to lead the charge.”

It is learnt that former Mumbai pacer Paras Mhambrey may take over from Bharat Arun as the bowling coach.

Sources further said that Dravid had suggested Australian Tom Moody’s name for the coach’s job, but the Board didn’t show too much interest.

The 48-year-old Dravid has been in charge of the India A and U-19 set-up for the past six years. He currently heads the National Cricket Academy in Bengaluru.

“He will resign from there and take over the charge (of Team India),” sources added.

Dravid had recently coached a second-string Indian team to a tour of Sri Lanka even as the national senior team was playing concurrently in England.

Bus fares across all categories hiked again in Odisha