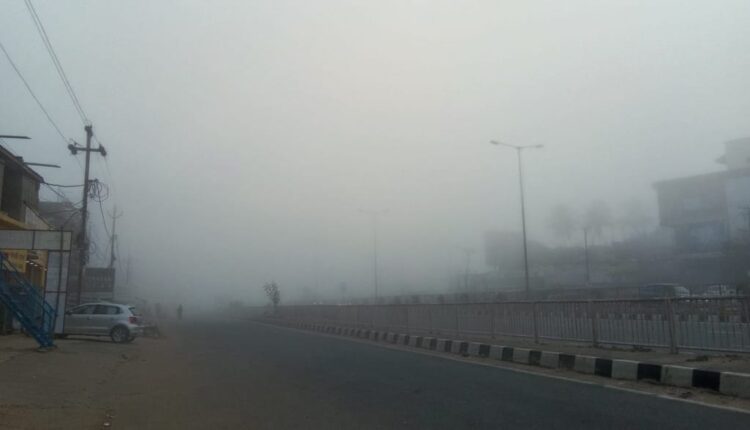 Bhubaneswar: Several parts of Odisha may experience rainfall and dense fog in next 3 days due to a fresh low pressure formed over equatorial Indian Ocean and adjoining parts of Bay of Bengal.

It is likely to concentrate into a depression over Southwest Bay of Bengal during next 48 hours and intensify further during subsequent 48 hours. It is very likely to move westnorthwestwards towards Srilankasouth Tamilnadu coast and reach near Tamilnadu & Puducherry coast on 25th November, 2020.

Under effect of the low pressure, some parts of Odisha are likely to receive rain and to be covered with dense fog from today till November 24.

The MeT has issued yellow warning for the districts of Odisha for next 3 days.

Day 1 (valid from today till tomorrow morning): Thunderstorm with lightning very likely to occur at one or two places over the districts of Cuttack, Kandhamal, Kalahandi, Rayagada, Koraput, Ganjam, Nabarangpur and Jajpur.