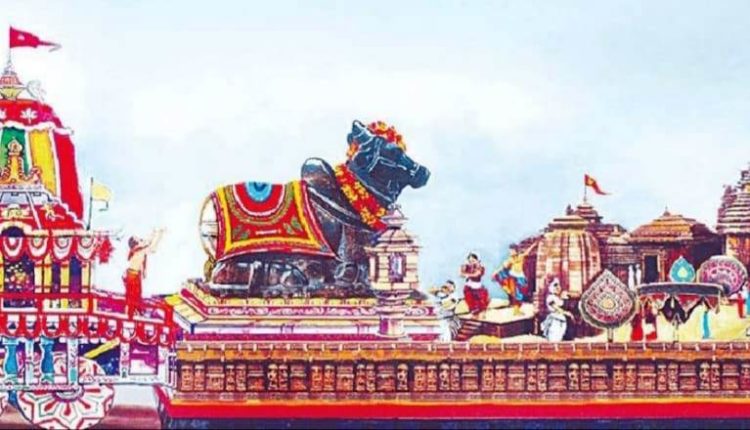 New Delhi: The Odisha government has decided to showcase Rukuna Rath Yatra of Lord Lingaraj, worshipped as both Lord Shiva and Lord Vishnu (Harihara) at the Lingaraj temple in Bhubaneswar, at the Republic Day parade.

The Lingaraj temple is said to be built in sixth century. According to legend, in the Treta Yuga, Lord Rama visited Ekamra Kshetra (Bhubaneswar) in Chaitra and stayed at the Rameswara temple as a guest of Lord Lingaraj.

“Lord Lingaraj along with family visited Lord Rama to wish him on his birthday, the Ramanavami. The festival originated from this significant visit,” said an Odisha official.

During the Rukuna Rath Yatra, the devotees pull the 35-foot high chariot with Chandrasekhar, representative of Lord Lingaraj, Goddess Rukmini, Kumara and Nandikesvara aboard.

The front part of the tableau will denote the Rukuna Ratha, worshipped as Mother Earth. In the middle, will be the Vahana of Lord Shiva with “Nandi” to guard the main temple. The rear of the tableau will display the temple of Lord Lingaraj with four distinct parts called Yajna Shala, Natya Shala, Garbha Griha and Bhoga Mandap.

While Odissi dancers will pay homage to Lord Shiva displayed on the middle, the tableau will also show devotees gazing at Lord Shiva’s linga in the sanctum sanctorum in adoration.

The temple complex will comprise a number of small shrines, enclosed by a large compound wall in Kalinga style of architecture with beautiful scriptures.

The beats of mardala and ghantua, blowing of conch shells and chanting of hymns by the pandits will create a divine ambience.