MISCELLANYSCIENCE & TECHNOLOGY
Sambad English Bureau Published On : May 3, 2022 at 12:26 PM 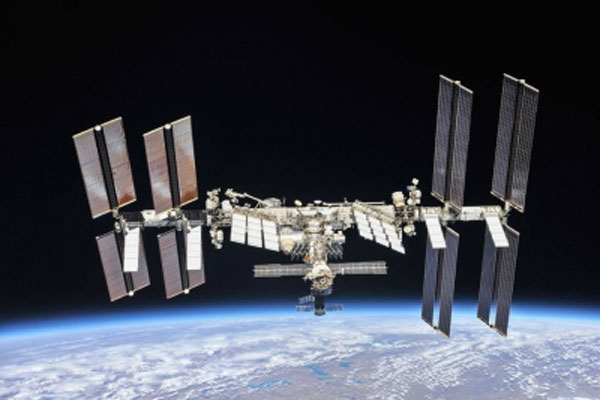 Moscow: Russia has already made the decision to pull out of the International Space Station, likely in about two years time, chief of Roscosmos Dmitry Rogozin said.

In an interview with the Rossiya-24 TV channel, Rogozin said that the decision on the timing of the end of Russia’s participation in the ISS program has already been made, but will not be announced yet.

While Rogozin didn’t say when will Russia’s pull out from the ISS, he affirmed it would give at least a year’s notice “in accordance with our obligations”.

“The decision has already been made, we are not obliged to speak about it publicly,” he was quoted as saying by TASS news agency.

“I can only say one thing: in accordance with our obligations, we will warn our partners a year in advance about the end of work on the ISS.”

US space agency NASA and Russia’s state space corporation Roscosmos have been the two largest partners on the ISS for the last three decades.

The two organisations have agreed to work together on the ISS through 2024, but on December 31, 2021, US President Joe Biden’s administration committed to extending the operations through 2030.

While Russia did not formally agree to the extension, in January this year, Rogozin had said that Roscosmos and NASA were in talks on extending the operation of the ISS until 2030.

But Russia’s ongoing invasion of Ukraine, affected space cooperation between the two countries and Roscosmos’s participation in the extension started to seem unlikely.

In the interview, Rogozin clarified that the terms of Russia’s work on the ISS are determined by the government and the president, at the moment the Russian Federation continues to work at the station until 2024.

Rogozin cited the ongoing war between Russia and Ukraine and subsequent sanctions imposed; and plans to create a separate orbital outpost as the major reasons for a pull out.

Earlier, at a meeting with State Duma deputies from the Liberal Democratic Party, Rogozin said that work on the ISS in the current geopolitical situation is not effective, the report said.

Moscow-based company Energia Space Rocket Corporation has already been assigned the task of making the first basic module for a new Russian orbital station ready in 2025.

“This work will be largely related, first of all, not only to demonstrating our attitude to what is happening in the world, but it is also a demonstration of our readiness to deploy the Russian Orbital Service Station, which will be multifunctional, work on it is already underway, the preliminary design is being developed by the Energia corporation,” Rogozin said.

“When it is presented and protected, after that we will already begin to create this “smart iron” and prepare its launch into space, the deployment of the station.”