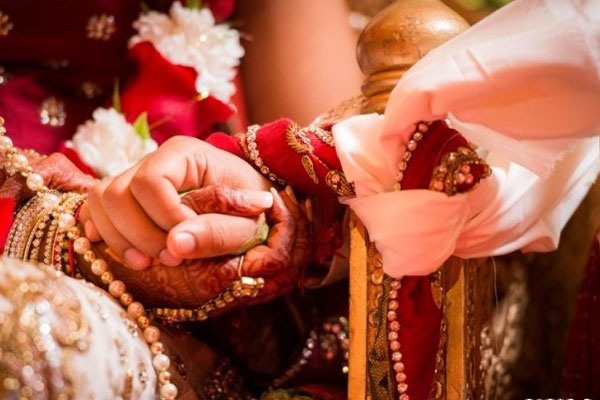 Meerut: A village panchayat in Meerut has asked a youth to “return a woman within five days or face ex-communication.”

The incident took place in Gotka village in Sardhana tehsil where two individuals from the Thakur community, in their early 20s, eloped and got married in a temple, drawing the entire community’s wrath.

Denouncing ‘same gotra’ marriage of neighbours, a village panchayat in Meerut has given an ultimatum to the youth’s family to “return the woman within five days or face excommunication”.

The ultimatum came after a panchayat meeting was held on Sunday in which people of the Thakur community from several villages participated, including ex-BJP MLA Sangeet Som, who asked the families to “resolve the matter amicably and form a 10-member committee to take a decision.”

Ashok Singh, one of the senior participants of the panchayat, said, “We do not accept this matrimonial alliance as it tears apart the social fabric. It is against our tradition as a daughter of the village cannot become its daughter-in-law. All the residents of the village have one ancestor which means all of them are brothers and sisters.”

He said, “This marriage will set a bad precedent and embolden others to do the same. Hence, a strong message is needed socially as we cannot do much legally.”

The couple, Tanu and Shubham had married each other in a temple in Meerut on May 20 but kept it a secret from Tanu’s family.

However, on September 12, when the news of their secret wedding became public, they got their marriage registered in Sardhana tehsil.

Later, fearing threat to their lives, the two had also approached the SSP office for protection.

SSP Meerut, Rohit Singh Sajwan, said, “The couple had approached me five days ago seeking protection. We will provide them protection if there is a threat.”

Meanwhile, Tanu’s father, Devender Singh, claimed that Shubham forcefully took her away. “We had approached the police but not much could be achieved,” he said.