Scientists to use mRNA jab tech to treat cholesterol, cancer 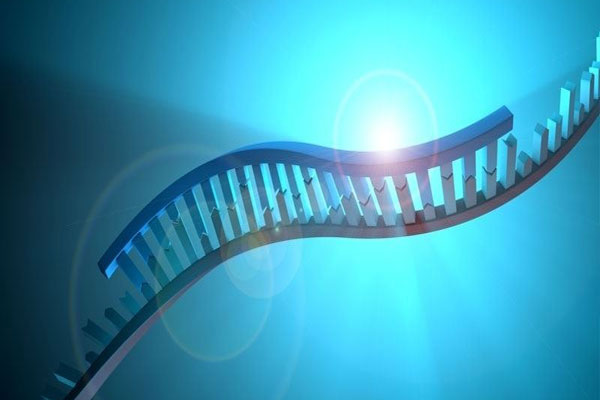 London: With the success of mRNA drug technology in the fight against Covid-19, scientists are looking to use the therapies to develop new treatments for some diseases like cholesterol, heart disease and cancer.

RNA gene therapy is known to cleverly alter instructions to the body’s cells so that they make specific proteins that perform a useful function. In the case of vaccines, the protein is recognised by the immune system, which is then primed to fight the virus.

For many years, scientists have been hopeful about the potential of RNA therapy but have been frustrated by the difficulty in securing an effective way to deliver it, Simon Waddington, Professor of gene therapy at University College London, was quoted as saying to Daily Mail.

“Traditionally, engineered viruses offered a much better alternative. This involves stripping a virus of its harmful ingredients and then using it as a vector to deliver genes to a person,” he said.

But Waddington adds that “because the technologies have improved”, scientists are starting to see “some clinical successes and licensing” of RNA treatments that don’t rely on viruses as transport.

The great advantage is that once the body receives the instructions, it makes the correct proteins locally and naturally, exactly as your body is meant to make them.

“This is more efficient and far cheaper than creating, producing and delivering a protein therapeutically [via a drug],” added Vitor Pinheiro, Associate professor of pharmaceutical sciences at KU Leuven, Belgium.

Another advantage is that, unlike gene replacement therapy, RNA therapy (which is given by infusion) allows you to deliver treatment temporarily without it leading to permanent change.

This means you can modulate the dose to get the right response, which is very helpful because individuals respond differently, so if there are side-effects, you can address them in time, the report said.

However, the main problem is that the body’s immune system can reject and destroy the RNA.

“Getting it into cells is key because, without this, the RNA would get destroyed in minutes. We can now package it with a type of fatty molecule which protects the RNA and helps it penetrate the cells,” Pinheiro explained.

But as this key milestone is achieved, scientists are exploring the potential of RNA therapeutics to treat more common diseases, the report said.

For example, with the relatively common genetic condition familial hyper-cholesterolemia, the body is unable to remove low-density lipoprotein (LDL, or ‘bad’) cholesterol from the blood.

Experiments have shown that an RNA therapy called inclisiran interferes with RNA to limit the production of a protein that can increase ‘bad’ cholesterol levels.

Another approach involves modifying RNA to trigger production of the correct protein. Givosiran (brand name Givlaari) is a new RNA treatment for acute intermittent porphyria, where the body fails to produce a sufficient amount of the protein necessary to make red blood cells, the report said.

“Diseases caused by the overproduction of amyloid proteins, such as Alzheimer’s, could be treated to reduce levels of these proteins, consequently helping patients to recover the resulting loss of function or even avoid it altogether,” Dr Alena Pance, a senior scientist at the Sanger Institute, near Cambridge was quoted as saying.

Other future RNA applications include vaccinations against cancer, which could trick the patient’s immune system to attack the cancer cells.