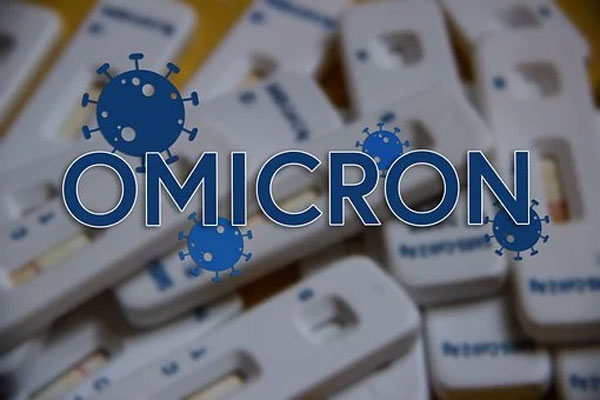 New York: Infection from the Omicron variant of Covid-19 is not mild as generally touted, rather is as deadly as Delta, Alpha and other strains that claimed thousands of lives globally, finds a study.

Omicron was first detected by South African scientists in November last year. It has previously been reported as more transmissible by a number of studies conducted in the UK, South Africa, Canada, and others, but less severe than other SARS-CoV-2 variants.

It was also reported to cause less hospitalisation and death. The highly contagious variant was found to affect the upper airways more than lungs, unlike Delta, causing common cold-like symptoms. However, the World Health Organization (WHO) warned several times that it should not be taken lightly.

But, the study led by the Massachusetts General Hospital and Harvard Medical School found that the risks of hospitalisation and mortality were “nearly identical between previous waves of Covid-19”.

“Our analysis suggests that the intrinsic severity of the Omicron variant may be as severe as previous variants,” the researchers claimed in the pre-print study, meaning not yet peer-reviewed.

Although there were reports noting Omicron’s vaccine evading properties, the new study provided evidence that vaccines helped spare people from the worst impacts of Omicron.

In the study, the team linked state-level vaccination data with quality-controlled electronic health records from a large healthcare system, including 13 hospitals, in Massachusetts.

They then performed a weighted case-control study to compare risks of hospital admission and mortality across the SARS-CoV-2 waves in over 130,000 Covid patients.

The unadjusted rates of hospital admission and mortality appeared to be higher in previous waves compared to the Omicron period.

But, our findings suggest that after accounting for confounders, including various demographics, and vaccination status, “the Omicron variant was as deadly as the previous SARS-CoV-2 waves”, wrote the researchers, including Zachary H. Strasse from MGH, in the study.

The team also acknowledged limitations in their report, including the possibility that the analysis underestimated the number of vaccinated patients in more recent Covid waves, and the total number of infections, because it excluded patients who performed at-home rapid tests.

Breakfast mistakes you should avoid