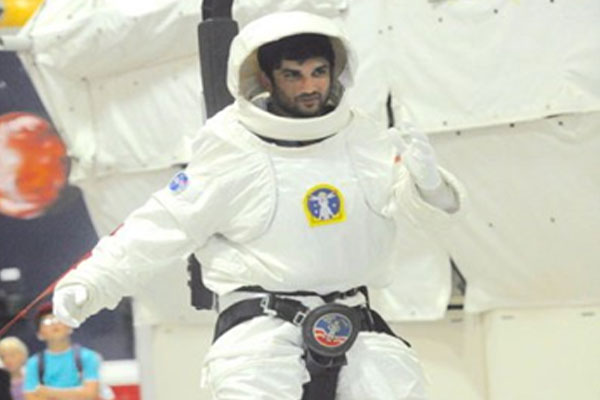 Bhubaneswar:  From appreciating the beauty of the earth, space and stars to purchasing a chunk of lunar land and owning a super expensive telescope just to gaze the rings of planet Saturn, Sushant Singh Rajput’s actions time and again deciphered his fascination towards astronomy.

A couple of years back, when Sushant was engaged in various movie and ad projects, director Sanjay Puran Singh came up with a project which seemed like a happy accident for the actor. That’s because Singh’s project would have been Bollywood’s first-ever movie based on Indian astronauts on space mission. The title of the movie, as announced in 2017, was ‘Chanda Mama Door Ke’.

The initial star cast of the movie included Sushant Singh Rajput, R Madhavan and Nawazuddin Siddiqui.  As per media reports, Sushant was supposed to play an astronaut in the movie. To ensure justice to his onscreen character, the actor underwent special training at NASA’s Space and Rocket Centre for quite some time.

Reportedly, in 2018 multiple delays in schedules led to Sushant walking out of it. The shooting for the movie never progressed since then. However, director Sanjay has recently opened up about his plans to resume shooting the film. Describing Sushant’s demise as an emotional exhaustion for himself, Singh said that he would make the movie eventually honouring Sushant’s memory.

Moreover, Sanjay told media that Sushant was attached to the script of the movie and had contributed a lot of inputs to it. So, whenever Chanda Mama Door Ke would be released, it would be a tribute to the late actor.