Swami Shri Kripalu Ji Maharaj: A testament to the nature of Saints

The entire world is celebrating the birth centenary festival of the fifth original Jagadguru, Jagadguruttam Swami Shri Kripalu Ji Maharaj. He is a personality, who served mankind his entire life through his extraordinary spiritual knowledge, literature, satsang, and unique ideals. His light of divine knowledge illuminates the whole world. Millions of people are blessed receiving his divine Satsang. He provided the needed edge of authoritative and authentic discourses to Sanatan Dharma by spreading the seeds of devotion all over the world. 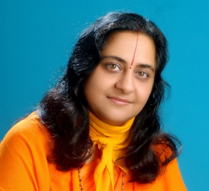 He gifted the world with some incomparable and exemplary monuments like Bhakti Mandir, Prem Mandir, and Kirti Mandir. He equally put emphasis on empowering girls by establishing schools and colleges in Kunda, Mangarh, where free education is provided. Around 5000 girls are taking this privilege in 03 schools and 02 colleges. He has done tremendous work in the healthcare sector as well by building three large hospitals at Mangarh, Vrindavan, and Barsana. All 03 hospitals are providing free treatment to thousands of poor and needy people every day. Living up to his merciful name “Kripalu”, He showered blessings on millions of people during his lifetime and ever after that, through spiritual and social services.

From the very young age of 16, he started working tirelessly for the larger cause of human welfare. In 1955, Shri Maharaj Ji organized a Sant Sammelan (religious conference) in Chitrakoot, to which all the prominent scholars of India were invited. In the year 1956, another such religious congregation was organized in Kanpur, in which the scholars of Kashi took part. Listening to his unique discourses, they pleaded and invited him to Kashi.

“Kashi- Vidvat- Parishat” is the only assembly of 500 stalwart Vedic scholars in the world. After listening to his discourses in Vedic Sanskrit, the scholarly circle unanimously honoured him with the title of Jagadguruttam (the supreme among all the Jagadgurus including the four original Jagadgurus: Adi Jagadguru Shankaracharya, Jagadguru Ramanujacharya, Jagadguru Nimbarkacharya, and Jagadguru Madhavacharya).

Witnessing his Asht sattvik expressions, they crowned him with the title of Bhakti Yoga Rasavatar (The Descension of divine love and bliss). Jagadguru Shri Kripalu Ji Maharaj is the fifth original Jagadguru of the world. He has also revealed vast literatures in which Prema Rasa Siddhanta, Sevak Sevya Siddhanta, Prema Rasa Madira, Radha Govind Geet, Shyama Shyam Geet, Braj Ras Madhuri etc. are a few in the huge list in which the essence of all the scriptures was revealed in a very simple language by reconciling all the conflicting principles so that the common people can understand the highest and most complex principles of the Vedas and scriptures. The entire human society will remain indebted to him for his rare contributions for eternity.

Based on Sri Kripalu Ji Maharaj Ji’s teachings and guidance of Poojaniya Raseshwari Devi Ji and Swami Shri Yugal Sharan Ji, Braj Gopika Seva Mission is working for upliftment of people through spirituality across 11 states of India, since its inception in the year 1999. Today, Braj Gopika Seva Mission in this historic moment, extends heartiest wishes to everyone. Let’s all together congratulate this great personality on his 100th birthday and pray for his blessings while bowing ourselves at his lotus feet.

Low Pressure may form over Bay of Bengal around October 20 with chances of cyclogenesis: IMD