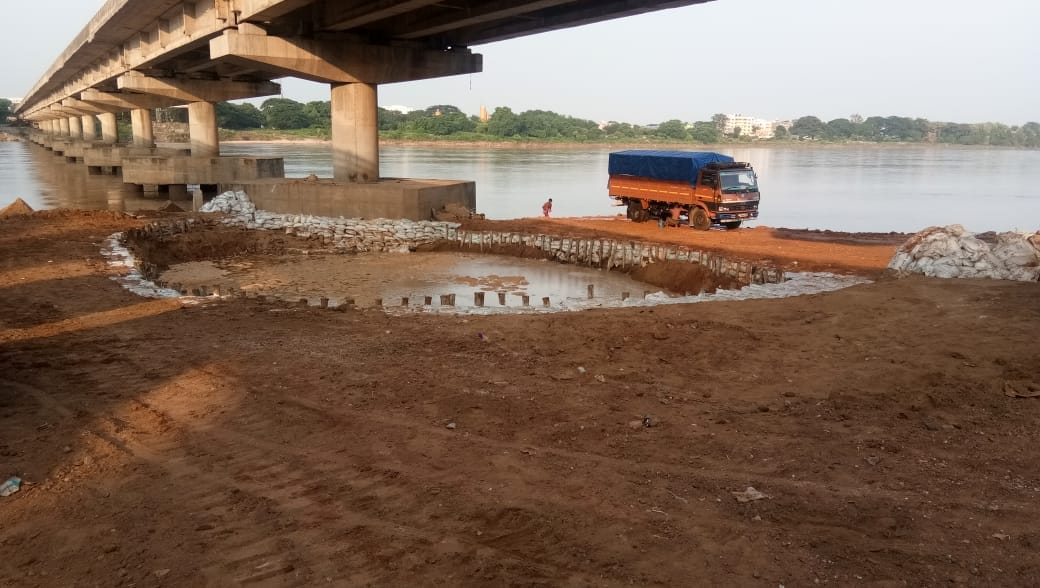 The ponds were constructed at Kuakhai bridge near Pandra, near Tankapani Road and near Lingipur adjacent to Daya bridge respectively so that people can immerse idols starting from Ganesh Puja, the first celebration of the Puja season till Saraswati Puja in February next year, the BMC said in a release today.

To ensure zero pollution in rivers and water bodies in and around the Capital City BMC has developed scientific immersion ponds so that people would use them and there would be minimal pollution to the water bodies and rivers.

“The ponds’ sizes would be need-based i.e. now for Ganesh Puja they would be of smaller sizes and later for Durga Puja the sizes will be huge as the city would be hundreds of pandals during Puja,” said city engineer Debasundar Mohapatra.

Earlier the civic body was constructing temporary immersion ponds during Durga Puja. But, from this year the ponds will cover all immersion activities like Ganesh Puja, Biswakarma Puja, Gajalaxmi Puja, Durga Puja, Kali Puja and up to Saraswati Puja in February next year so that there would be zero pollution from the immersion activities in and around the city as the organizers of various puja samities would be immersing their idols as per the rituals, the release stated.

“This effort is a welcome step towards keeping the river water away from polluting elements as the artificial chemicals could add to the miseries of the people staying downstream,” said senior environmental scientist of Odisha State Pollution Control Board Dillip Behera.

According to environmental experts, metal compounds like lead, cadmium, chromium and nickel are largely found in artificial colours and if idols in large numbers are immersed in the river water then they might result in carcinogenic or cancer causing toxicity in the water and affect people in the downstream.

“On the other hand, the bio-degradable substances like straw, paper and flowers will decompose in the water and the process will deplete the dissolved oxygen in the water. The depletion of oxygen in the river water will affect the oxygen supply for the aquatic animals and plants. The BMC effort will definitely help in better upkeep of water quality in the rivers,” said environmentalist Bijay Mishra.

Plaint against TV channel for using cobra in Odia serial

State Capital to bring enthusiasm among citizens in hosting…