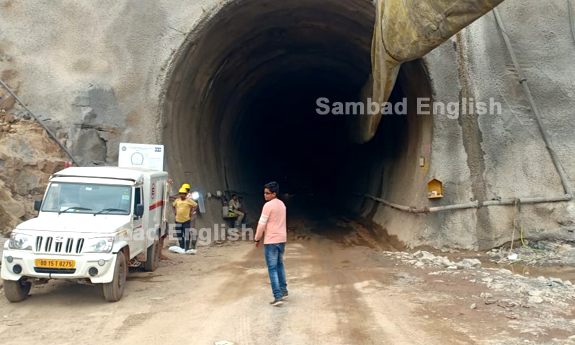 Koraput: Two persons died after a landslide struck when expansion work of a railway line at Laxmipur block of Koraput district here today. The deceased were identified as Rabi Prepeka, a labourer from Burja village and Jahruddin, a welder from Assam.

As per reports, work was underway for expansion of Koraput-Rayagada rail line near tunnel number 2 in Laxmipur when the mishap took place. On getting information, police and fire personnel reached the spot. The victims were rushed to Laxmipur community health centre (CHC) but the doctors pronounced them dead on arrival. The bodies are currently at the CHC for postmortem. The number of labourers present at the site during the incident is yet to be ascertained.