It was a third successive win for Odisha Juggernauts. 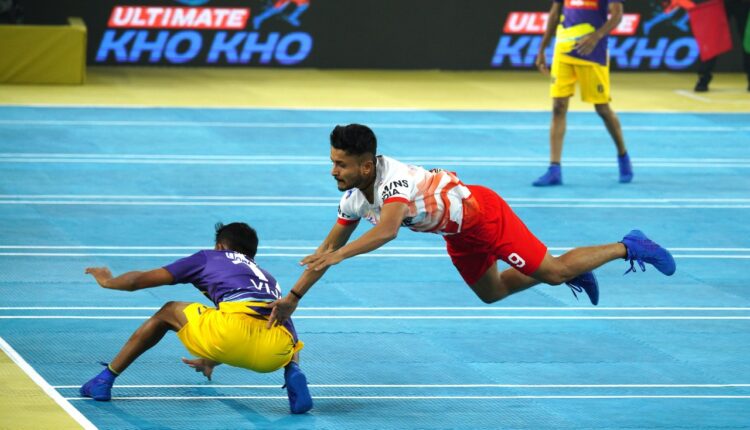 It was a third successive win for Odisha Juggernauts. With this win Odisha Juggernauts not only entered the Top-2 on the points table with 12 points but also completed a league double over Chennai Quick Guns. Earlier, they had won by eight points.

Despite in-form Ramji Kashyap presenting some challenge in the defence with his stay of 2.23 minutes, Odisha Juggernauts responded well to level the scores within the first five minutes of second turn before they ended the first innings with 28-19 lead.

All-rounder Subhasis Santra claimed four bonus points for Odisha Juggernauts with his stay of 3.04 minutes as Chennai Quick Guns could manage to get only a narrow five-point lead with 37-32 at the end of third turn.

Later tonight, Mumbai Khiladis will take on Rajasthan Warriors in the second match of the day.

On Thursday, Odisha Juggernauts will clash with Rajasthan Warriors while Gujarat Giants will take on Telugu Yoddhas.

Ultimate Kho Kho is promoted by Amit Burman in collaboration with the Kho Kho Federation of India. Final will take place on September 4.