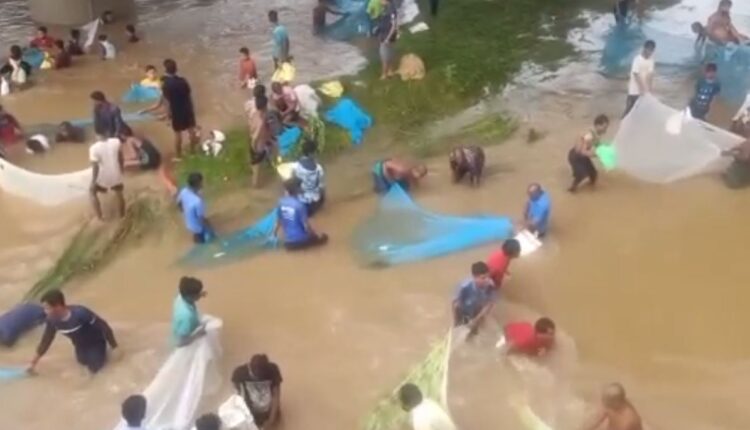 Angul: It was a scene unusual when hundreds of people carrying mosquito nets entered a small river located on the outskirts Angul town for fishing. After the incessant rain for past few days in Angul district and the upper catchment area of Derjang Dam, the reservoir was swollen.

In order to release excess water, authorities of Derjang Dam opened two sluice gates. Subsequently, there was an increase in water level in Lingara nullah. However, as soon as the two gates were closed there was a sudden fall in the water level.

Some villagers raked in quick bucks of some thousands by selling fishes caught from the Lingara nullah, whereas others gifted fishes to their relatives.

Residents from Angul town also made a beeline near the Lingara nullah to purchase freshwater fishes. Some others were amazed with the mass fishing and shot it with their mobile phones.