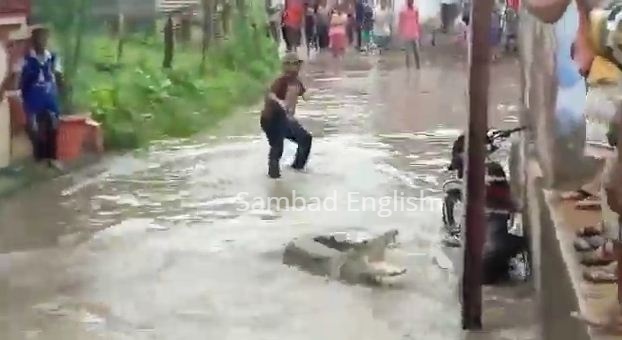 Jajpur: With rivers in Odisha in spate due to incessant rainfall, a giant crocodile making its way to a village in Odisha’s Jajpur district has left many petrified. The social media is abuzz with the visual too. The question is, is the video of the crocodile straying into Duttapur village under Dasrathpur area in the district a recent one? No, it isn’t.

The video was shot in August last year where NDRF rescued the reptile from Vadsar area in Vadodara.

“We had received a report that a crocodile has entered Duttapur from Brahmani river after breach in embankment. Following this, we had sent a team for investigation. No such incident has happened,” said Jajpur Road Ranger Debendra Patnaik.