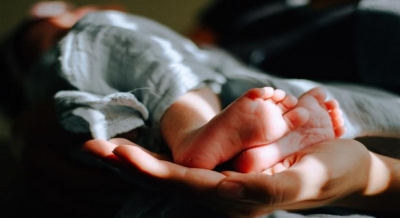 Bijnor (Uttar Pradesh): A one-and-a-half-year-old baby girl was strangled to death allegedly by her mother in a fit of rage only to spite her husband.

The incident took place in the Aurangpur Bhikku village in Bijnor district.

Bijnor superintendent of police, Dinesh Singh, said, “The child’s father, Ankit Singh, has filed a complaint that his daughter died under mysterious circumstances on Saturday. We sent the body for post-mortem, which revealed that the death was caused due to suffocation.”

He said that on the basis of suspicion, Shivani Rani, the child’s mother, was taken into custody and confessed to the crime during interrogation. She said she strangled the child to death in a fit of rage after a heated argument with her husband.

Ankit and Shivani got married three years ago. After the birth of their daughter, they often used to fight with each other.

A case has been registered against the accused mother under IPC section 302 (murder), said police.