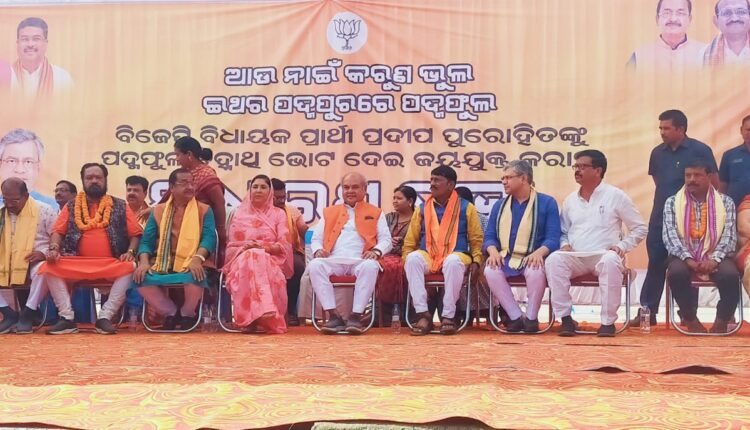 Bargarh: A ‘spy’ allegedly recorded video of BJP leaders having lunch during party’s campaigning for the upcoming Padampur bypoll and later fled the spot after being questioned about his act, yesterday.

BJP’s youth leader Pritosh Bahidar has lodged a complaint in this regard with the Padampur police.

As per the allegation, several senior BJP leaders, including union ministers Ashwini Vaishnaw and Narendra Singh Tomar, were having lunch at a person’s house in Purushottampur village of Padampur area, during which the accused arrived at the place.

He later started recording video with a mobile phone. As the security personnel of the union ministers asked him to refrain from doing so, he identified himself as a staffer of the District Intelligence Bureau.

He ran away on being questioned further while his mobile phone and identity card fell from his pockets.

Suspecting that he was a fake intelligence personnel, the complainant has sought an investigation into the incident.