Youth held for strangulating wife to death in Odisha 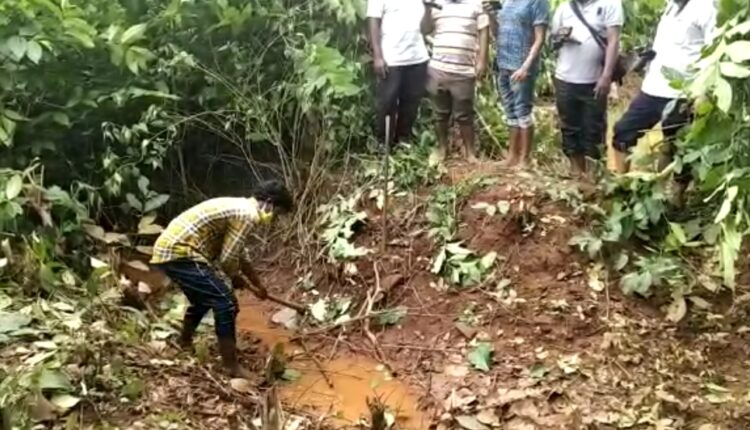 Rourkela: The police arrested a youth on charges of strangulating his wife to death in Uparaginia village under Mahulapada police limits in Sundargarh district today. While confessing the crime before the police, the youth, Nepala Munda (32) told he buried the dead body of his wife, Sambari Munda in a nearby forest after killing her.

Following this, in presence of Magistrate and forensic team, police exhumed the decomposed dead body and sent it for post mortem.

Family members of the deceased said around one month ago Nepala married to Sambari from the same village. He took Sambari to a nullah in the nearby forest four days ago and strangulated her to death. Nepala then buried the dead body in the forest.

When Sambari went missing and remained untraceable, her father, Birsa Munda and brother, Damu Munda lodged a complaint with Mahulapada police station. During the course of investigation, police questioned Nepala who accepted committing the murder.

A police official said Nepala during his confession stated family quarrel was reason behind the murder.