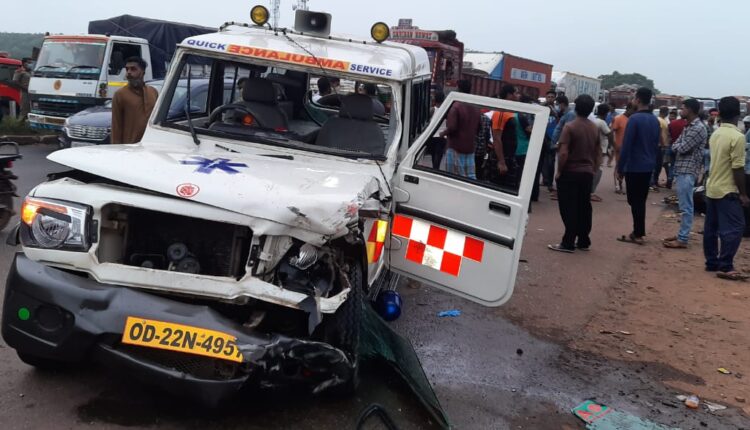 Jajpur: A couple and their child died as the motorcycle on which they were travelling collided head-on with an ambulance on NH-16 near Neulapur Chhak under Dharmasala police limits in Odisha’s Jajpur district today.

The deceased trio fell from the two-wheeler after the collision and died on the spot. Till last reports came in, their identities were yet to be established.

The driver of the ambulance fled the spot after the road mishap. Police have recovered the bodies for post-mortem and initiated an investigation.

Tension ran high at the place following the accident as irate locals ransacked the ambulance.