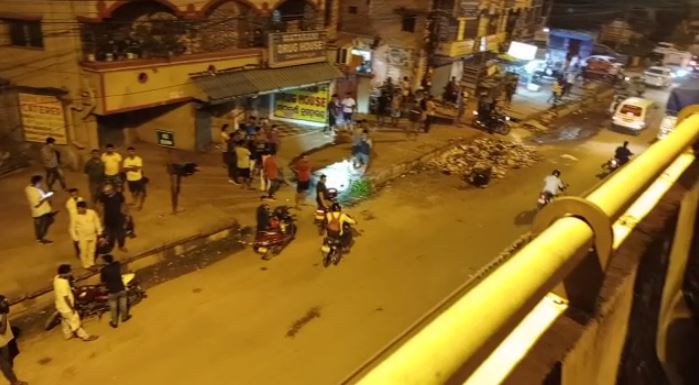 Bhubaneswar: A couple travelling on a motorcycle fell off Rasulgarh flyover in Odisha capital last night and sustained critical injuries as a car hit the two-wheeler from rear.

According to reports, the mishap took place at around 10 PM when the victims were heading towards Phulnakhara on NH-16. The speeding car hit the ill-fated motorcycle on the overbridge near Rahaman Petrol Pump.

Under the impact of the collision, the couple fell down from the bridge, from a height of around 30 feet.

The duo was grievously injured in the accident. While the woman sustained fracture in her hand and leg, her husband sustained critical injuries on head and back.

They were rescued and rushed to the Capital Hospital in an ambulance.

On the other hand, the Mancheswar police detained the driver of the car for questioning and seized the vehicle.

No rainfall likely in Odisha during next 2-3 days; Temperature may rise