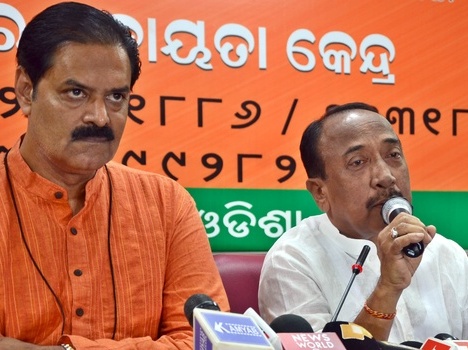 Mohapatra, who has represented Patkura in the state assembly for four times in a row since 1980 and had unsuccessfully contested 2009 Assembly election from this coastal constituency, had switched over to neighbouring Mahakalpada in 2014. But he was defeated by his traditional rival Atanu Sabyasachi Nayak of Biju Janata Dal by 23,246 votes.

Mohapatra had entered into Assembly from Patkura in a by election in 1980 and he had been getting elected till 1995. However, the veteran, who was a powerful minister in Biju Patnaik ministry in 1990 and had played a crucial role in the formation of Biju Janata Dal, was dramatically denied party ticket in 2000. He had supported Trinamool Congress candidate Trilochan Behera and ensured his victory against his rival Atanu.

The veteran politician tried his luck in 2004 from Patkura once again. He contested as the candidate of the Orissa Gana Parishad, the regional party formed by him. But, he was defeated by his traditional rival Biju Janata Dal nominee Atanu Sabyasachi.

In 2009, Mohapatra joined Bharatiya Janata Party and had unsuccessfully contested on its ticket from Patkura against veteran and BJD rival Bed Prakash Agrawal. But in 2014, he had switched over to Mahakalpada.