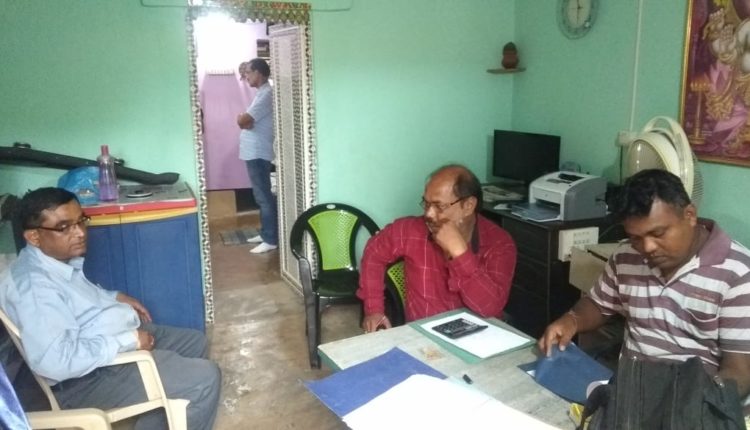 Bhubaneswar/Baripada: An engineer was arrested by Odisha Vigilance on charges of corruption and amassing properties disproportionate to his known source of income.

The accused was identified as Gagan Kumar Bindhani, posted as Junior Engineer at Puri Sadar. He was caught red-handed arrested while taking bribe.

Following his arrest, a team of Vigilance sleuths conducted raid on the accused’s ancestral residence at Ananda Baazar under Betnoti block in Mayurbhanj district on allegation of amassing disproportionate assets.