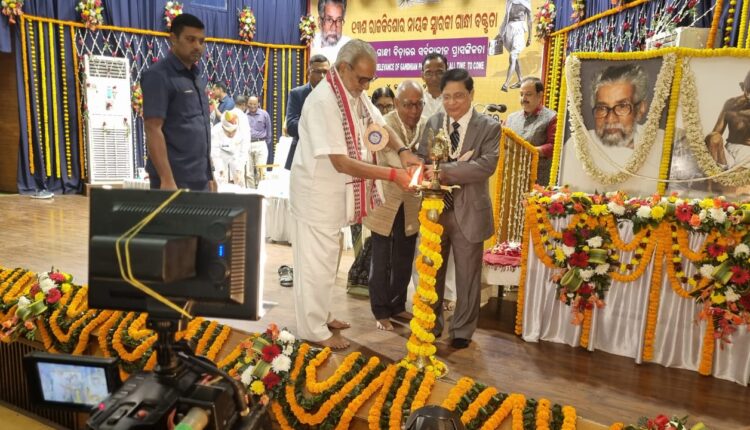 Bhubaneswar: Erstwhile Orissa had considerably impacted the life and work style of Mahatma Gandhi, said Odisha Governor Ganeshi Lal today while addressing a gathering at Jayadev Bhawan here on the occasion of 13th death anniversary of Rajkishore Nayak, who is also popularly known as ‘Patkura Gandhi’.

Orissa substantially shaped Gandhiji’s thoughts and personal traits, starting from his spiritualism up to the much-debated political struggle during India’s pre-Independence days, the Governor expressed.

A Gandhi memorial lecture was organised by the Rajkishore Nayak National Foundation in commemoration of the 13th death anniversary of Nayak. This year’s topic of the memorial lecture was ‘Relevance of the Gandhian philosophy for all time to come’. Professor Lal graced the function as its Chief Guest.

Former Chief Justice of the Supreme Court of India Dipak Misra highlighted on the Gandhian principles of Truth and Non-violence. Gandhiji had propounded his philosophy to arouse the supposedly sleeping inner-self of Indians during those days as well as to unite them against British rule, Justice Misra said.

Nayak had not separated politics from principles. He was a true Gandhian leader by spirit and ideology. He was the chairperson of Odisha Khadi and Village Industries Board (OK&VIB) for two times and had lots of contributions towards the promotion of Khadi in the State, the foundation chief Prahallad Singh added.