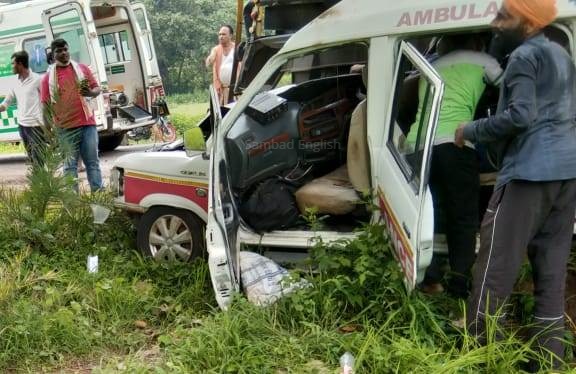 Rayagada: As many as four persons, including a woman, were killed as an ambulance and a truck collided near Manjarikopa in Ambadala area of Odisha’s Rayagada district, today.

All deceased were occupants of the ambulance. The accident took place when they were returning to Bangomunda in Balangir from Bissamcuttack after treatment of a patient.

While six persons were present inside the ambulance, three of them died on the spot. Locals rescued three others and rushed them to the Muniguda Hospital, where a victim was declared dead by doctor.