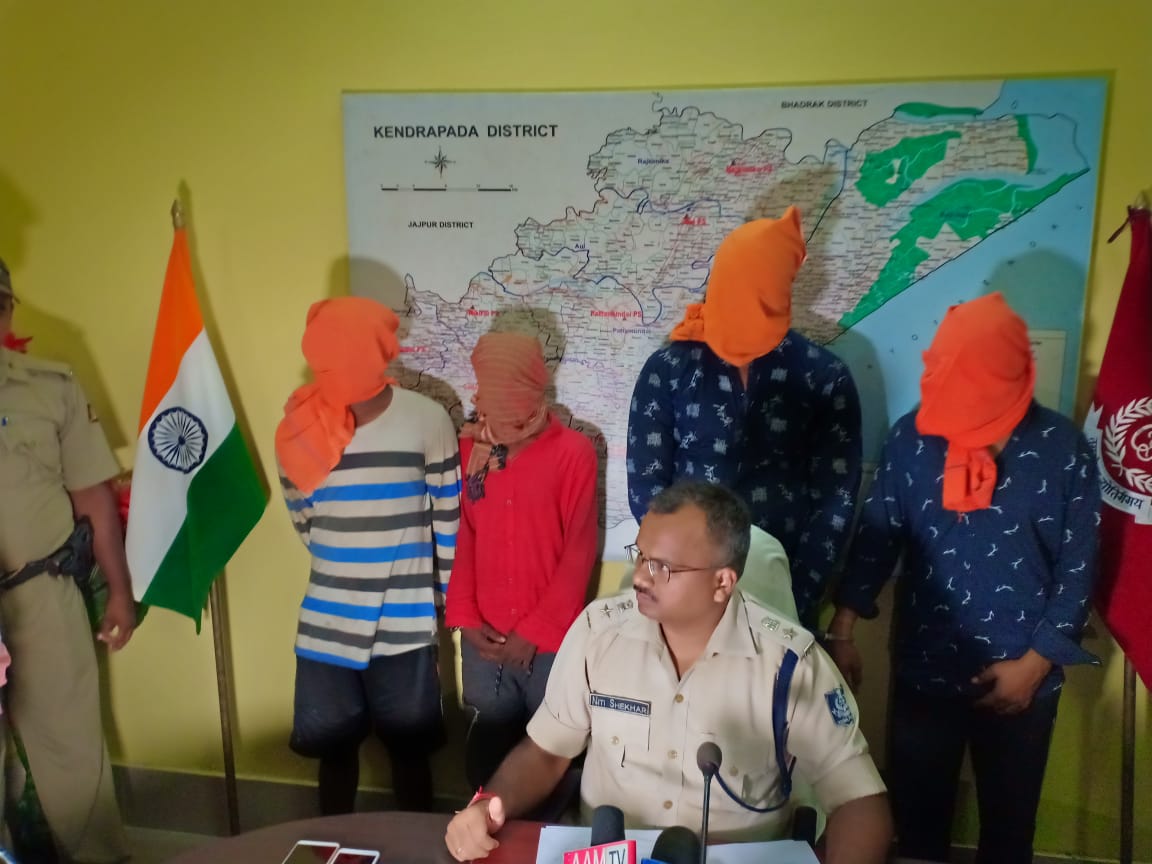 Kendrapara: In a major breakthrough, the Kendrapara police today arrested four members of gangster Tito’s gang in connection with the firing at a businessman at Tinimuhani Chhak here earlier this month.

The cops also seized two motorcycles and four mobile phones from their possessions.

On July 13, two bike-borne miscreants had opened fire at Tinimuhani Bazaar Committee President Vivekananda Moharana when he was returning to his house on a motorcycle.

Moharana, who had sustained grievous bullet injuries in his stomach, was rushed to the District Headquarters Hospital (DHH) here and later shifted to SCB Medical College and Hospital in Cuttack.

Angry over the incident, an eight-hour bandh was later observed in the district, excluding poll-bound Patkura, by several organisations, including Vishva Hindu Parishad (VHP) and Kendrapara Traders’ Association.