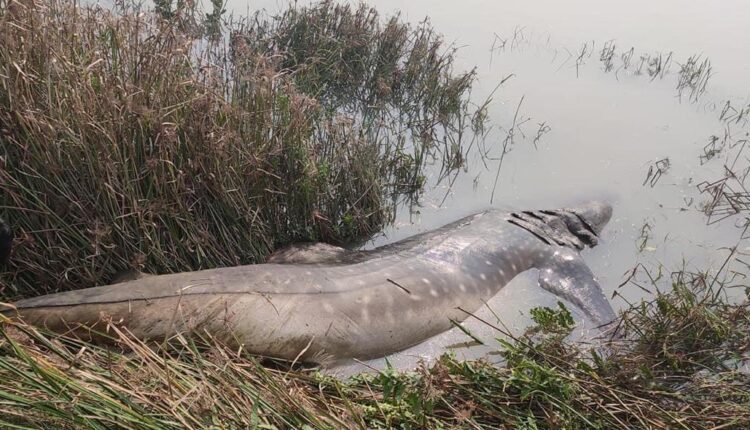 Balasore: A huge whale was found dead on bank of the Jalaka River under Sadar block in Balasore district of Odisha.

The aquatic animal washed up on the shore is estimated to be weighed over 10 quintal.

The locals spotted the carcass of giant fish near Baradihi ghat of the Jalaka River today following which they informed the forest officials.

The reason of death of whale is still obscure.

The fish is suspected to have died after it entered into the deep water of the river.