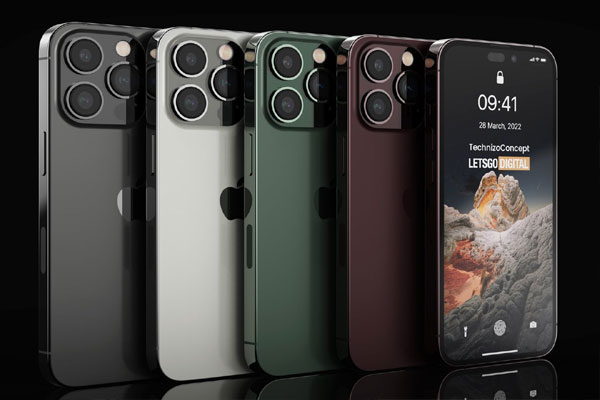 San Francisco: Apple is expected to announce the iPhone 14 series in or around September and a new report claims that the upcoming series is not going to ship with the speculated Touch ID support.

According to Apple analyst Ming-Chi Kuo, the iPhone maker may be unable to meet up with the periscope camera technology before 2023. The fingerprint technology will come likely in 2025, reports GizmoChina.

The upcoming iPhone 14 Pro models will feature both hole-punch and pill-shaped cutouts near the top of the display. The hole is believed to be for the Face ID dot projector, while the pill-shaped cutout will supposedly house the front camera as well as Face ID infrared camera at a minimum.

The Pro models would come with a big camera upgrade.

Current Pro iPhones ship with a 12MP camera on board. However, iPhone 14 Pro models will feature a 48MP camera.