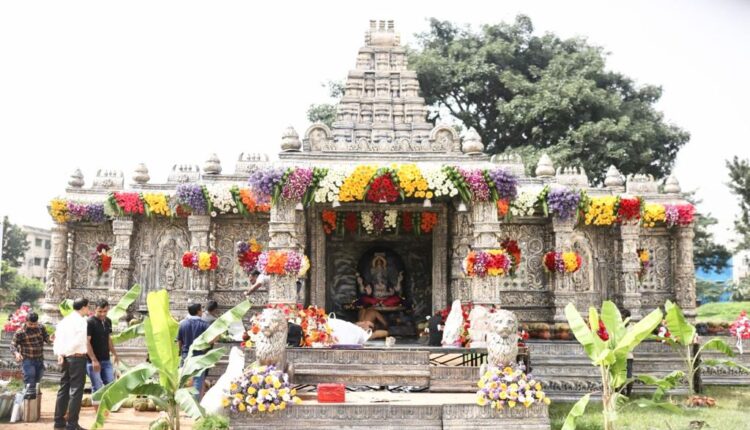 Bengaluru: Ganesh Puja was celebrated in Bengaluru by non Resident Odias (NROs) with much pomp, splendour and fanfare.

Odisha Puja Committee (OPC) hosted the long awaited 28th Mahavinayak Mahotsav 2022 amidst utmost festive fervour. To mark the auspicious occasion the Puja Pandal at M. Visvesvaraya College Ground was aesthetically and elegantly decorated in the shape of a South Indian temple. A strong crowd of 20,000 consisting of Odias and non – Odia devotees gathered to take part in the mega ceremony from the garden city and nearby localities braving the heavy downpour in the daytime. In the morning, the idol installation and traditional rituals were performed in a pious and solemn atmosphere. At around 11.30 a.m., pushpanjali was offered at the feet of God of Wisdom. Since the Ganesh Puja was being celebrated offline after a gap of two years due to corona disruptions, lots of enthusiasm and excitement were found among the members and volunteers of OPC. 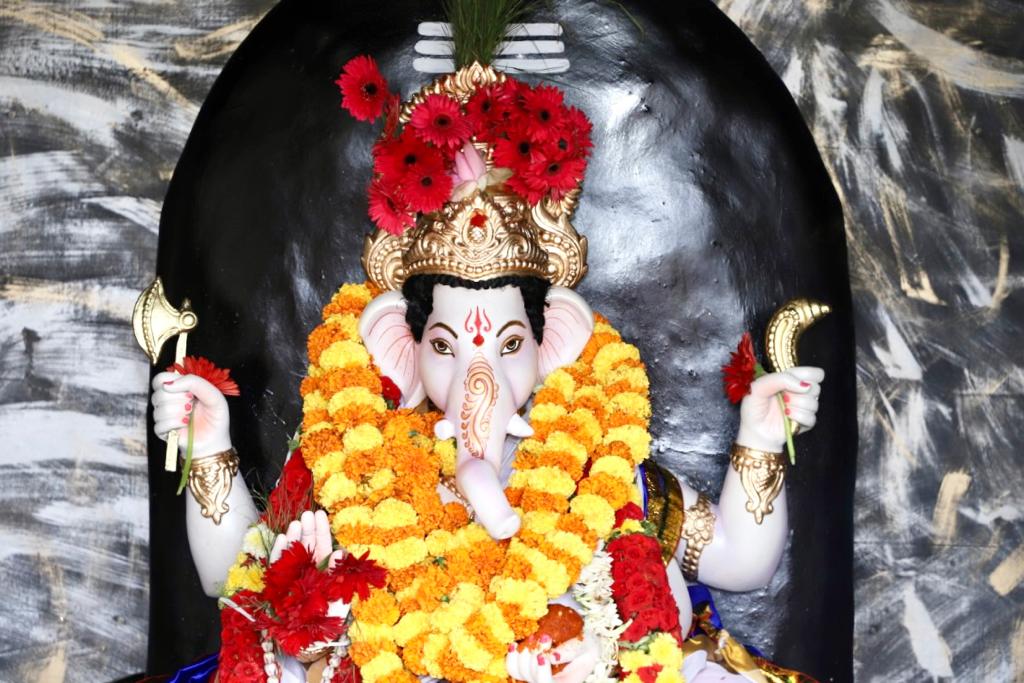 The central and sole attraction of the Festival was the colourful cultural Jamboori entitled “Star Night” presented by Czars and Czarinas of Ollywood. The highlight of the show this year was the magnetic and mesmerising stage presence of cine star Babushaan alongwith his Daman movie team and celebrated actress Elina Samantray. The noted singers who enthralled the audiences by their several scintillating musical numbers include Kuldeep Pattnaik, Archana Padhi and Navya Jaiti. Fame comedians Madhusudan Mishra and Pritiranjan Pradhan were at their elementary best in entertaining the audiences by their humorous oratory skills. The Raja Queen Rupali Pani was warmly greeted with cheers by the viewers for her exceptional accomplishments. Ace Anchor Jyotsna Priyadarshini conducted and presented the cultural session in a smooth and seamless manner. Around 7000 devotees had the privilege of partaking delicious Prasad prepared by cooks specially brought from Odisha. 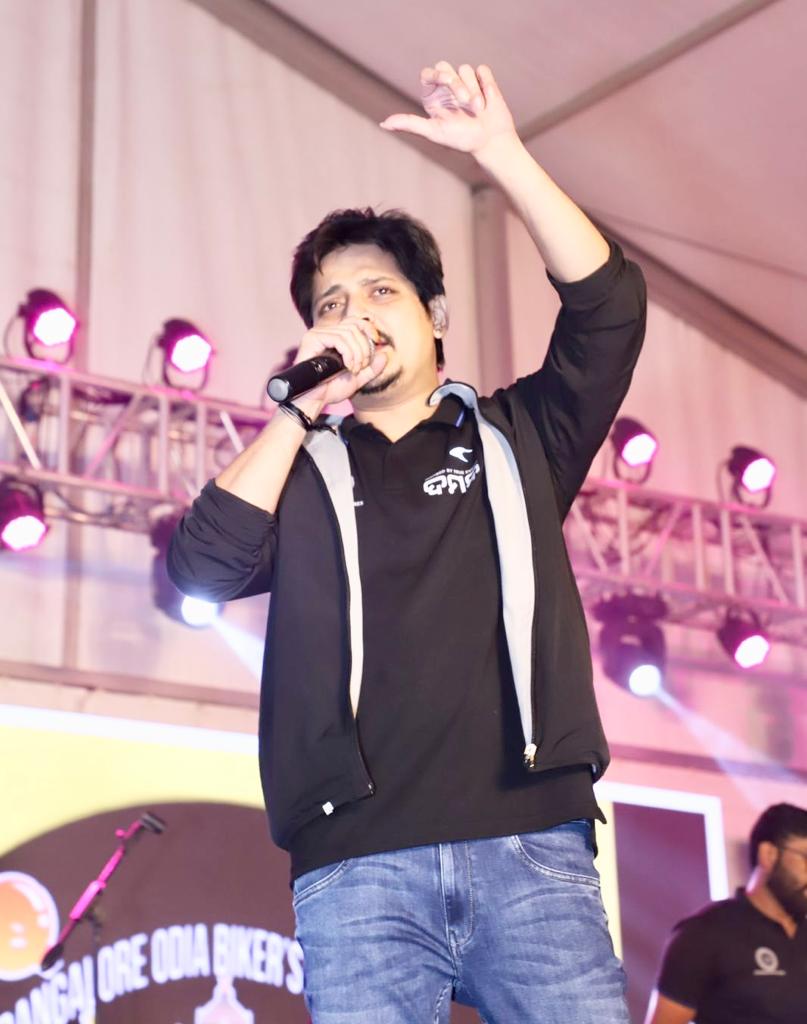 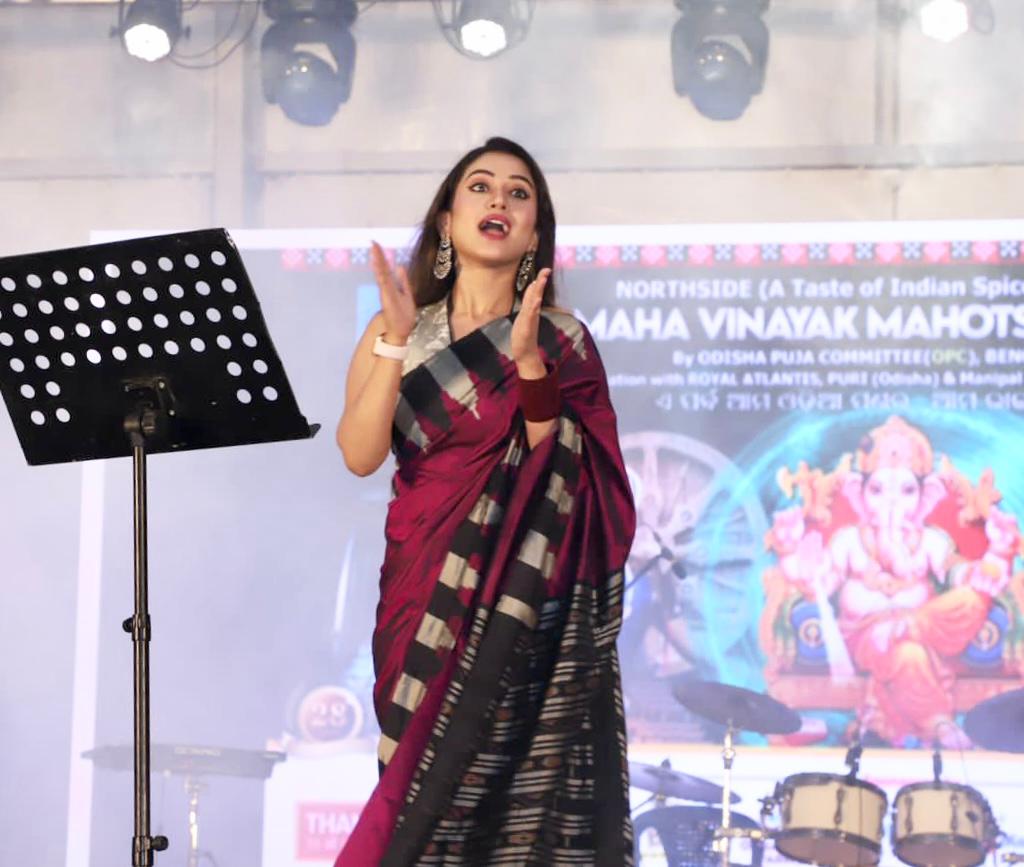 On Thursday the Idol of Lord of Lords was taken in a procession to Ulsoor Lake by the members of OPC and was immersed there at around 5.30. p.m.