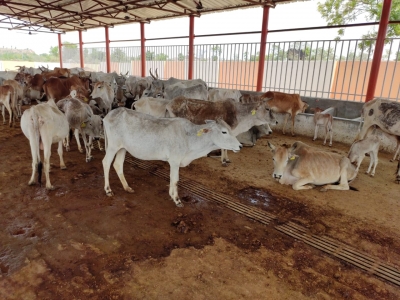 Raichur: Police in Karnataka have arrested a 24-year-old in Raichur district for raping a cow calf, officials said on Monday.

The police said that the accused, identified as Imtiyaz Hussain Miya, was caught red handed while committing the crime.

He had tied the calf to a tree in an agricultural field near a mosque.

The owner of the calf had left it to graze along with other cows in the field.

The people who saw the act had questioned the accused.

The owner had lodged a complaint with the police regarding the incident.

The police said the accused confessed to the crime during preliminary investigations.