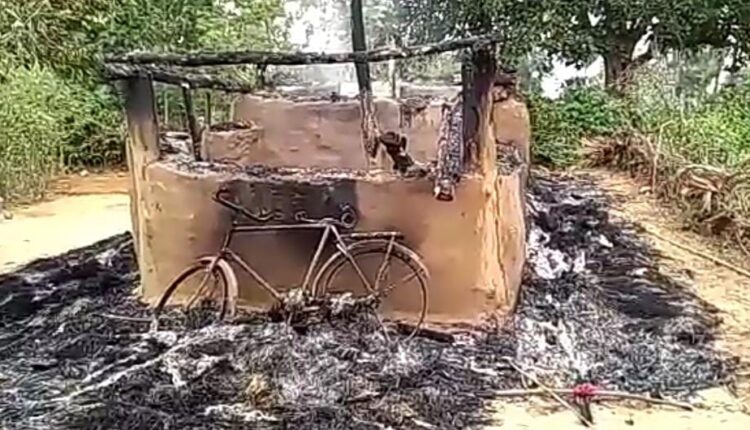 Angul: A young man, believed to be mentally challenged, went on rampage here in the district today by allegedly setting his own house on fire and attempting suicide.

The youth has been identified as Khukun Behera of Khamar village.

According to reports, Khukun set his house afire at around 8.30 am and started running towards Sarapal village. On the way, he allegedly slit his throat and belly as an attempt to kill self.

The mentally ill youth was found in a pool of blood and was rushed to the Chhendipada Community Health Centre in critical condition through a 108 ambulance for treatment.

Source said that two-room house has been completely gutted in the fire. The fire tender brought the flame under control.