National Technology Day 2022: History, Significance and all your need to know

Important DaysMISCELLANY
Sambad English Bureau Published On : May 10, 2022 at 4:50 PM 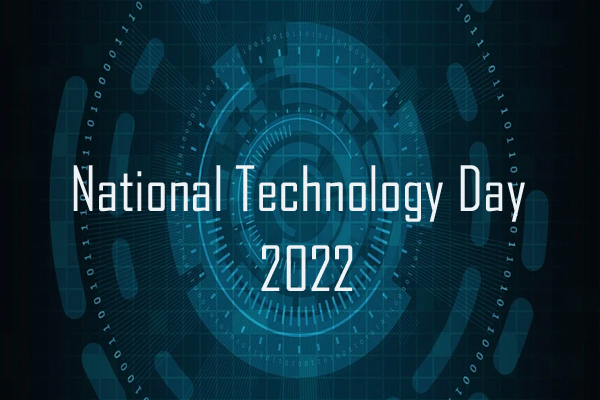 India observes National Technology Day on May 11, every year, to acknowledge and celebrate the contributions of scientists, researchers, engineers and other innovators, to the field of science and technology.

National Technology Day was first celebrated on May 11, 1999 to commemorate the first anniversary of Pokhran Nuclear Test that was conducted on May 11, 1998 by the Indian Army at the Pokhran Test Range in Rajasthan. With the success of the test, India locked a seat in the group of countries possessing nuclear weapons. Two days after the success of nuclear test, India ran two more tests on May 13. All the tests were led by the late Dr. APJ Abdul Kalam, who was the then President of India.

The Pokhran tests were India’s second instance of nuclear testing after the first test, code-named “Smiling Buddha”, in 1974.

The mission of the Pokhran Nuclear Testing was conducted by the Indian Army along with the Defence Research and Development Organisation (DRDO), Bhabha Atomic Research Centre (BARC), and Atomic Minerals Directorate for Exploration and Research (AMDER).

Every year on National Technology day, the Ministry of Science and Technology organized seminars and workshops. The Technical Development Board of the ministry organizes the event. The President of India joins the event joins chief guest and confers awards to scientists for their contributions in the country’s technological advancements.

Shivkumar Sharma’s immortal words: ‘Music is the cure to negativity all around us’