The deceased hailed from Nagri area of Chhattisgarh but was residing in Dhekunpani since many years. 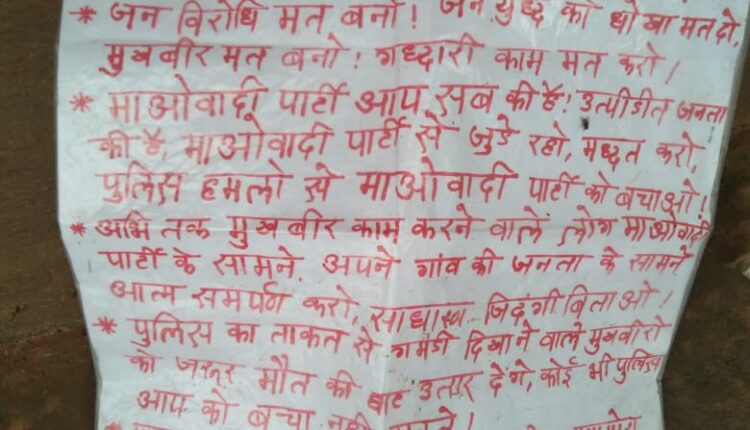 Nuapada: Maoist menace once again reared its ugly head after the Red rebels reportedly gunned down a youth suspecting him to be a police informer at Dhekunpani village in Sunabeda sanctuary of Nuapada district today.

The deceased was identified as Anant Ram Raut. He hailed from Nagri area of Chhattisgarh but was residing in Dhekunpani since many years.

Sources said a group of Maoists barged into Raut’s house and dragged him out. The ultras took him to the village end and shot him dead branding him as a police informer. They left a note at the spot warning villagers not to side with the security forces under pressure or lure of money failing which they would face similar fate.

“The CPI (Maoist) party belongs to the masses. Going against us means going against the mass movement. Anyone siding with the police forces and passing on secret information is asked to surrender or face death penalty,” the poster read.

The note further asked villagers to join hands with the Maoists and raise voice against police atrocities.