Odisha: Boy dies after being hit by truck, locals torch the vehicle 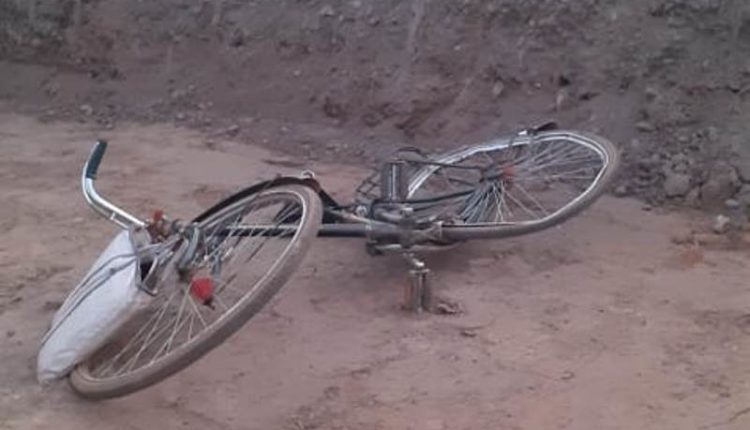 Rourkela: A school student died and another was critically injured after being hit by a truck on NH-143 near Darjing Chhak under Lahunipada police station limits in Sundergarh district this afternoon. Following the incident, the locals thrashed the truck driver and torched his vehicle.

The deceased, Birsa Munda (11) of Saleipali village was studying Class VI at Darjing High School. After the classes got over, Birsa was returning home along with Sanjay Munda on a bicycle.

At around 4.15 pm, a speeding truck going towards Koida from Rourkela hit the two students killing Birsa on the spot. Sanjay was grievously injured in the accident and rushed to the Lahunipada Community Health Centre.

Tension ran high in the area as some agitated locals drag the driver out of his truck and thrashed him before torching the vehicle. Traffic movement on NH-143 was affected as hundreds of vehicles were stranded on both sides of the road due to the agitation.

Till the filing of this report, police and Magistrate reached the spot and were pacifying the irked locals.