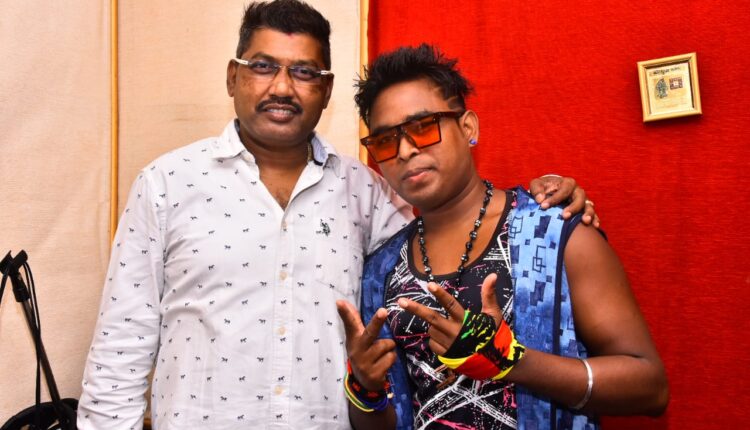 Bhubaneswar: Duleshwara Tandi aka Dule Rapper from Odisha’s Kalahandi district who drew praise for his ‘Suno Sarkar’ rap on social media, made his Ollywood debut today. He sang a song titled ‘Jio Wala Aunty’ for an untitled Odia movie along with Swarna Rekha and Ashutosh.

Dule recorded the song at a studio located in Tankapani Road. Popular Music Director Prem Anand gave a break to Dule fulfilling his dream to sing for the Ollywood industry.

The untitled Odia movie for which Dule rapped the song will be produced by Sushant Kumar.

Man arrested for posing as Home Secretary in Odisha