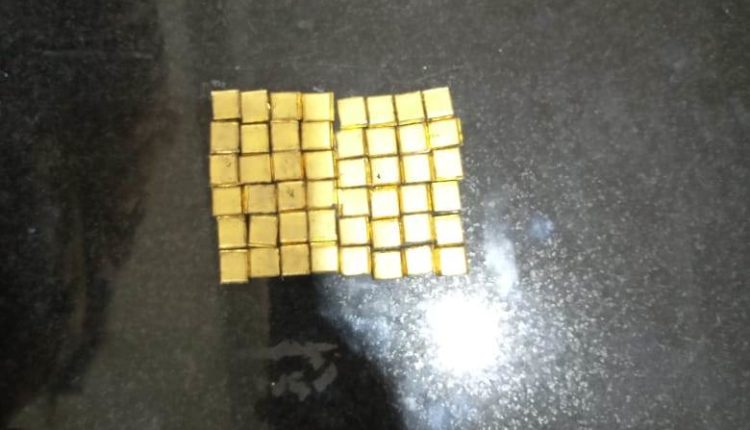 Bhubaneswar: Gold was seized again at the Biju Patnaik International Airport here while being smuggled into the State today. The Air Intelligence of Customs seized 215 grams of gold from a passenger who arrived here by an Air Asia flight from Malaysia.

During a search of the passenger, a native of Madurai in Tamil Nadu, at the Bhubaneswar airport upon his arrival from from Kuala Lumpur by Air Asia Flight No. AK-31 in the night of January 17 at around 9 PM, the Air Intelligence officials seized 48 square size gold pieces hidden in a hand baggage from him.

The estimated price of the seized gold pieces would be around Rs 9 lakh, said an official.

Further investigation is in progress.