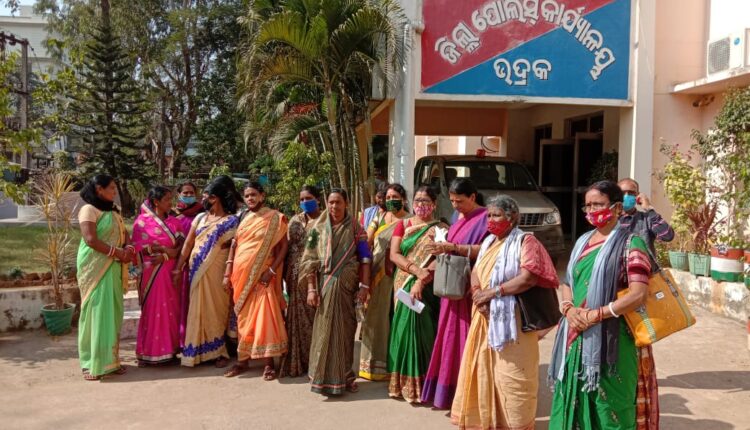 Bhadrak: The members of All India Democratic Women’s Association (AIDWA) today lodged a complaint against BJP MLA Bishnu Sethi over his alleged sexist remarks during an event in Bhadrak district.

The team led by AIDWA’s National Secretary Tapasi Praharaj filed the complaint at the SP Office in Bhadrak district. They met the SP demanding action against the legislator for his comment against women.

The members of the women organisation also staged protest in front of the Collectorate over Sethi’s statement.

According to reports, Dhamnagar MLA Bishnu Sethi had attended an event at a hotel on the occasion of World Human Rights Day in Bhadrak town.

Addressing the guests, he allegedly said that women can never be equal to men and they seek licence to dominate men in name of their privileges.

Praharaj, who was present at the event, had sharply reacted to the BJP leader for his remarks. While she was leaving the place, the legislator had allegedly tried to cut her off.

“When we protested his behaviour, he asked, who is she? who has invited her to the function?” Praharaj said in the complaint.

She alleged that the MLA had abused her verbally while was leaving with her team from the event.

The entire episode was recorded on the CCTV as well as mobile phone at the hotel, she claimed.