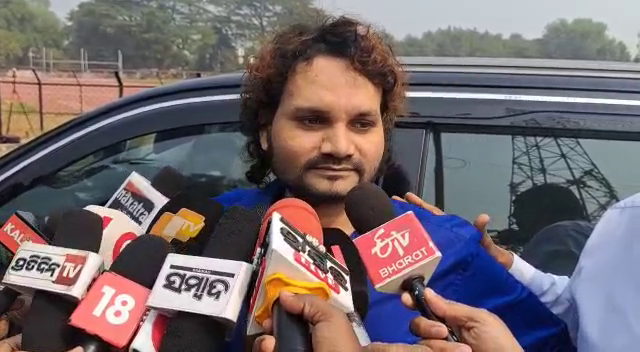 Cuttack: More trouble mounted for Humane Sagar in domestic violence case after a serious allegation surfaced claiming that the playback singer was forcing his wife Shriya Mishra to change her religion.

“Humane Sagar is a Christian and his wife is a Hindu by religion. Therefore, he wanted to convert her into Christianity,” alleged Shriya Mishra’s lawyer Anil Ray.

“He has been torturing her in past four years. He was abusing her physically and mentally. Many a time, he had tried to kill her,” he told reporters outside Mahila Police Station in Cuttack.

“After marriage, Shriya’s family had given total Rs 15 lakh cash to Humane Sagar. First they had given Rs 10 lakh cash and later they gave remaining Rs 5 lakh towards dowry. As per his demand, they also gave him a car. However, the disturbance between the couple started a few days after their marriage. Now, the couple is virtually separated in last four months,” he added.

The marital discord between Humane Sagar and his wife started in past five years, alleged Shriya’s father Srikant Mishra.

When asked about religion conversion allegation, he said, “Shriya can reveal about it more.”

He said, “We were aware of the fact that Humane Sagar was a Christian. But, we solemnized their wedding as the couple was in love. He started abusing my daughter in inebriated state. We had initiated a process to resolve discord between the two through discussion. But, we failed.”

Humane Sagar landed in a controversy after his wife leveled allegations of physical and mental torture against him with the Commissionerate Police yesterday. Read: Singer Humane Sagar accused of torturing wife; Cuttack DCP orders probe

Soon after the order, the Mahila Police summoned the couple for appearance for counselling.

As per the summon, Humane Sagar and his wife reached Mahila Police Station here today and cooperated with the police.