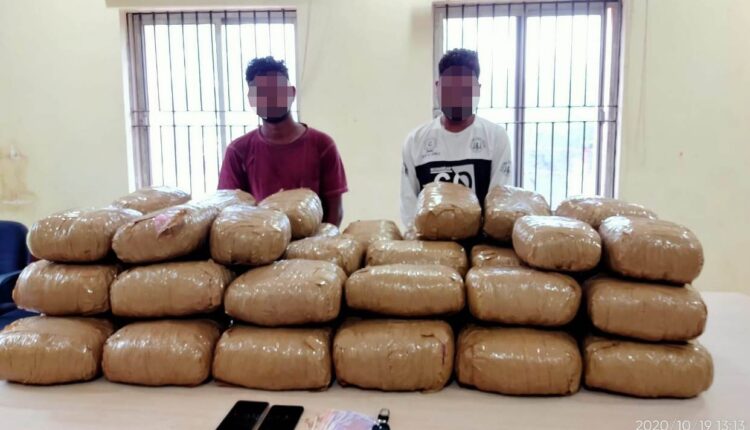 Bhubaneswar: The Commissionerate Police today arrested two youths on charges of smuggling a huge cache of ganja in Tomando area on the outskirts of Bhubaneswar today afternoon.

Based on a reliable information, the Quick Action Team (QAT) along with the Tomando Police conducted a joint raid in the vicinity of Behera Dhaba under Tomando Police Station.

During the raid two persons were apprehended, namely Bijay Kumar Mohapatra of Bolagarh in Nayagarh and Kartika Chandra Sahoo of Bhadrak Sadar after multiple packets of ganja weighing one quintal were seized from the duo.

Also, one indigo car, three mobile phones and Rs 360 cash were recovered from their possession.

After registering a case at the Tomando Police station under section 20 (b) (ii) (c) NDPS Act, the police are investigating the matter.