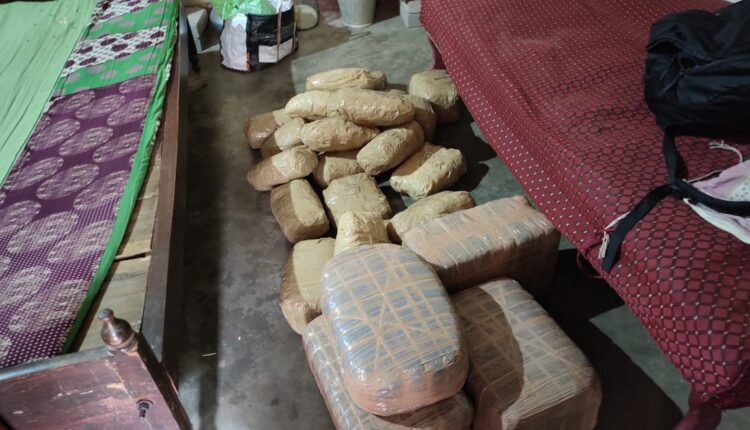 Bhubaneswar: A huge cache of ganja was seized from a house in Bhubaneswar and five persons including three women were arrested in this connection.

The accused persons have been identified as Kamlesh Yadav, Sushilen Lima, Sushilan Lima — all three residents of Bihar — and Sugyani Behera and Kumani Behera of Ganjam district.

The accused persons were peddling the ganja from a rented house at Ghatikia area under Bharatpur police limits.

Acting on a tip-off regarding huge stock of ganja in a rented house at Ghatikia locality on outskirts of Bhubaneswar city, a special squad conducted raid on the house and recovered approximately 120 kg (1.20 quintal) cannabis from the possession of these accused persons including three women.

The two youth from Bihar had engaged the women to procure ganja from areas in Kandhamal district and transporting the contraband to different locations in Bhubaneswar as well as in Bihar and Jharkhand. The women ganja peddlers were getting Rs 700/800 per consignment, the police said today.

A case under NDPS Act has been registered at the Bharatpur Police Station in this connection and further investigations are underway.