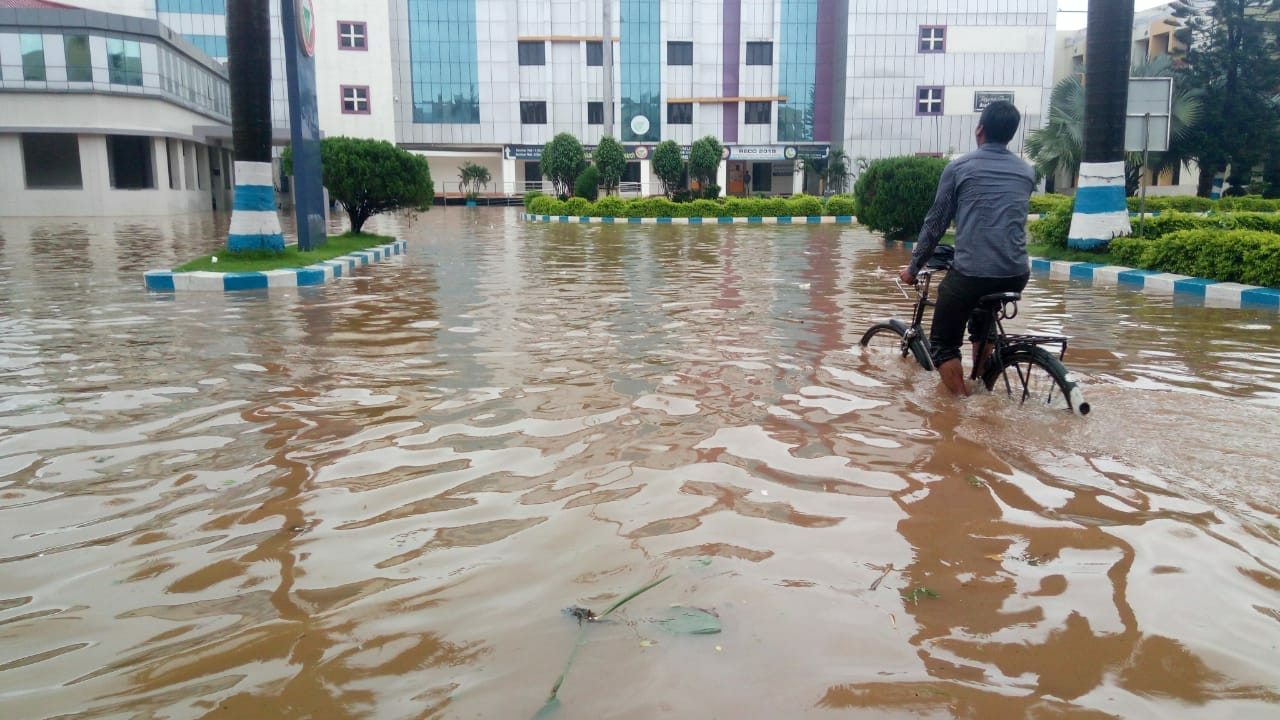 Bhubaneswar/Cuttack: While the denizens of the Twin City were already grappling with several inconveniences due to heavy downpour on July 16, heavy to very heavy rain under the impact of a low pressure over north Bay of Bengal today flooded both Bhubaneswar and Cuttack throwing normal life out of gear.

Almost all parts of the Twin City have been inundated due to the torrential rain that started last night. The situation has become ugly in Smart City, where rainwater has gushed into several houses in low-laying areas like, Acharya Vihar, Jaydev Vihar, Old Town and Damana.

Besides, vehicular communication has come to a grinding halt as main roads in Rasulgarh, Nayapalli,Bhomikhal, Kalpana Squar and Jagamara have been submerged in knee-deep water.

Meanwhile, ODRAF staff officials have been engaged to rescue people stranded at various places in Bhubaneswar. On the other hand, pumps have been installed in the most affected areas of the Twin City to evacuate rainwater.

Odisha: Schools shut in twin city due to heavy rain